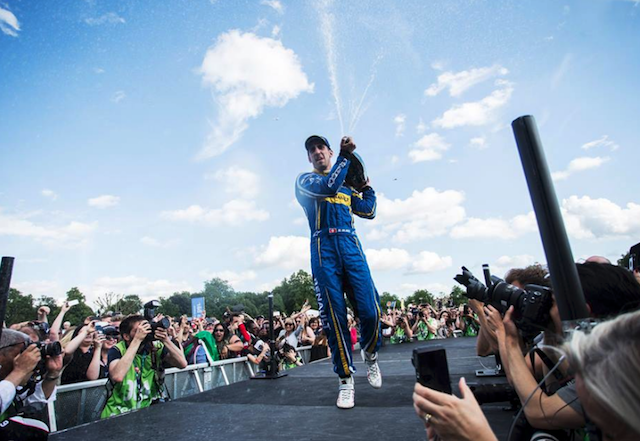 Sebastien Buemi won the Formula E Championship crown even though he failed to finish in the final round at London’s Battersea Park.

Buemi (e-DAMS) was taken out by Lucas di Grassi (Abt) on the opening lap, the incident seeing both drivers eventually continue as they fought for the championship spoils.

Both drivers went into the round level on points with the subsequent collision triggering a bizarre set of events to follow.

Buemi and di Grassi, who were both ultimately declared non-finishers, returned to the fight as they both traded fastest laps. Formula E rules see the driver with the fastest lap of a race earning a two-point bonus.

In the end Buemi responded to di Grassi’s fastest laps before the pair ended their desperate ‘fastest lap’ charge for the championship by not finishing.

“We had the crash at the start and our only choice was to win on the fastest lap,” Buemi said.

“We had to give everything; tactics, placement, but I’m extremely happy for everyone. Everyone has worked so hard to get here and they deserve the title. The cleanest and fastest driver won and the best team too.”

Following an investigation into the opening lap clash, di Grassi was given the equivalent of a drive-through penalty with 50s added to his race time which, as he as a non-finisher, made no difference to the result.

The events were a sideshow to Nicolas Prost’s excellent form with the Frenchman scoring his second win of the weekend, supplying the Renault e-Dams team with the perfect result to close the championship. 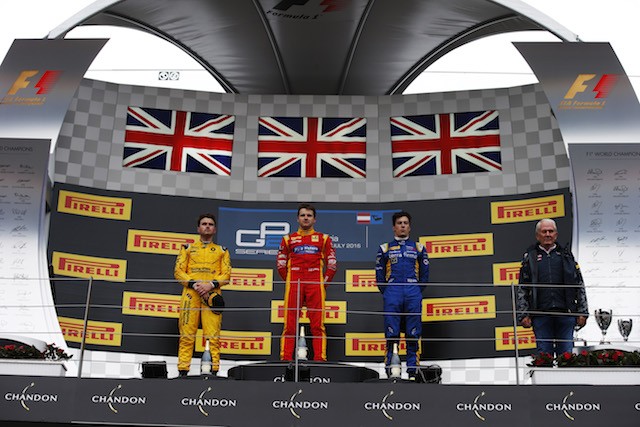 Jordan King led home a British sweep of the podium in the sprint race.

King made full use of his pole position in the wet conditions with the Safety Car leading the field at the start before being waved green on Lap 3.

GP2 moves to the next round at Silverstone from July 8-10. 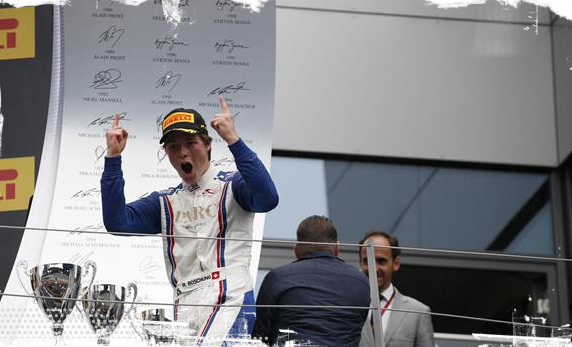 Charles Leclerc maintained his stunning form to win the opening race before his weekend ended in disappointment with a retirement in the second heat at the Red Bull Ring.

Polesitter Leclerc was forced to work hard for his victory in the 24-lap race after losing a couple of positions to lead home an ART Grand Prix trifecta with Alexander Albon and Nyck de Vries completing the podium.

The second race was ruined by torrential conditions as the weather turned with only three green laps out of the scheduled 17 posted.

Leclerc was one of eight retirements after a collision with Jake Dennis.

In a post-race sequel, stewards also handed Leclerc with a five-place grid penalty for colliding with Tatiana Calderon (Arden International) which he will serve at the next race.

The Series moves to Silverstone for the next round from July 8-10. 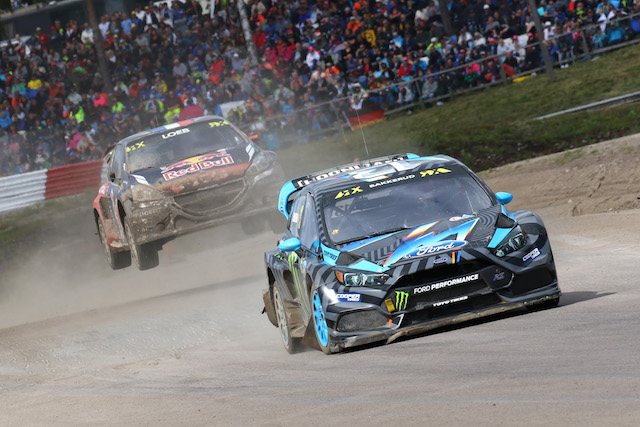 Hoonigan Racing Division driver Andreas Bakkerud has won his second successive round of the championship in Sweden in the Ford Focus RS.

The Norwegian has now moved to third on the driver’s standings after beating Team Peugeot-Hansen pair of Sebastien Loeb and Timmy Hansen.

Loeb was set to settle for third however the handbrake on Hansen’s car broke on the final corner, handing the most successful driver in World Rally Championship history second place.

Round 7 of the championship is set for Trois-Rivieres in Canada from August 6-7. 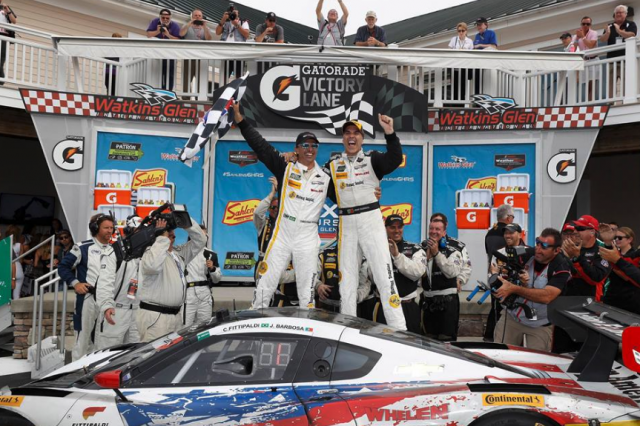 The Action Express Corvette Daytona Prototype team recorded a quinella in the 6 Hours of the Glen round at the Watkins Glen circuit.

Joao Barbosa claimed victory from the sister Corvette of Dane Cameron by under one second.

Following Ford’s announcement that the GT program will continue through to at least 2019, Australia’s Ryan Briscoe and Richard Westbrook led home a Ford GT one-two in the GTLM class from Joey Hand and Dirk Mueller.

The win co-incided with the birth of a second baby girl for Briscoe and wife Nicole.

The next round is scheduled for Canadian Tire Motorsport Park from July 8-10. 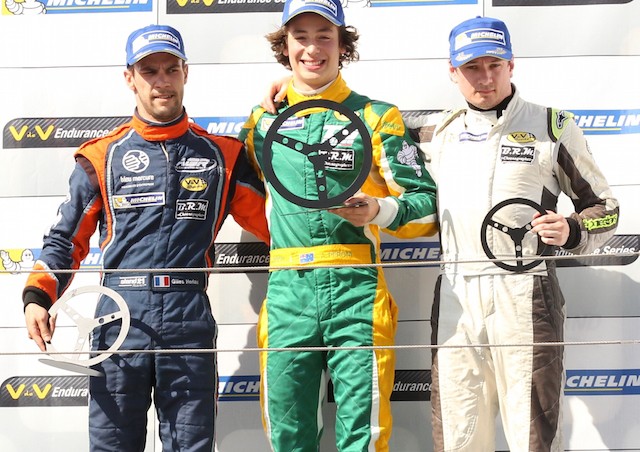 Tasmanian teen Alex Peroni has recorded two wins and a second to stretch his lead in the series for Formula Renault 2.0 machines at the Aragon circuit.

Peroni qualified fastest of the 25 entries, starting the three heats from pole position.

The 16-year-old has extended his lead in the standings by moving to 539 with Gilles Heriau has closest pursuer on 485.5.

The next round of the Challenge is scheduled for Mugello from September 9-11. 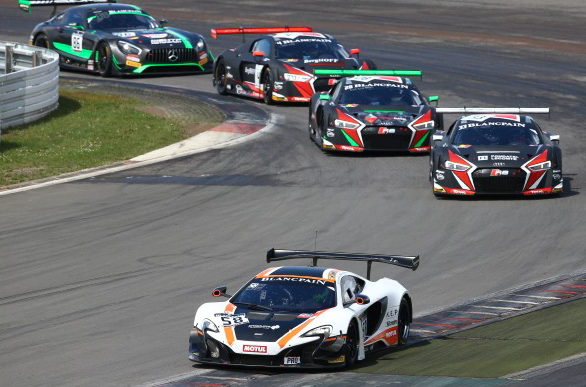 Garage 59 leads the field at the Nurburgring

Rob Bell and Alvaro Parente combined to earn Garage 59 its maiden win in the Blancpain Sprint Series at the Nurburgring.

The squad’s McLaren 650S led from the outset with Bell at the wheel before he handed over to Parente at the mid-race pitstops.

Parente retained the lead in the second half of the race as he took the chequered flag by two seconds from the WRT Audi of Rene Rast and Will Stevens.

HTP Motorsport duo Jules Szymkowiak and Bernd Schneider claimed the final place on the podium for the Mercedes squad.

Mies and Ide won the earlier qualifying race from the Bell/Parente McLaren.

Bell and Parente lead the championship standings ahead of the next round at Hungary’s Hungaroring from August 26-28.