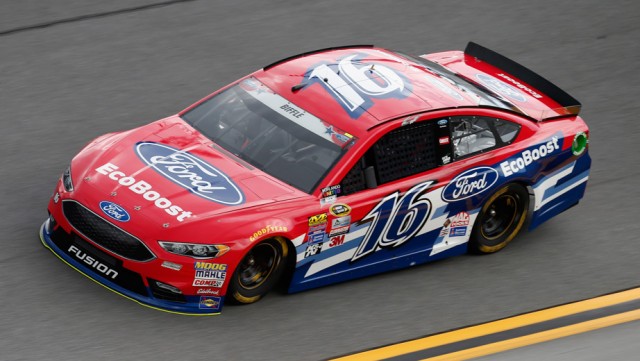 Greg Biffle has scored a somewhat shock pole position for the Coke Zero 400 at Daytona.

Biffle sat atop the leaderboard for both of the two rounds during the single-car qualifying session.

“This shows the hard work by the entire Roush organisation. I can’t thank them enough for everything they’ve done, Roush Yates engines were so good today. Now we have to back this up in the race but starting upfront feels so good.”

Kyle Busch completed the top three in another JGR Toyota, but he will start from the back after crashing his primary car during practice.

Regan Smith, 40th, had to shut his engine down in the opening minutes of round 1 after he smelled oil and heard odd noises coming from his No. 7 Chevrolet. Smith failed to turn a lap.

The No. 30 The Motorsports Group Chevrolet of Josh Wise failed to make the 40-car field.