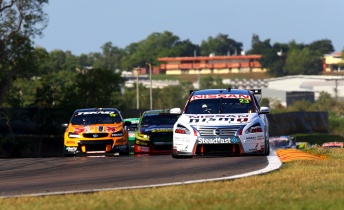 The Virgin Australia Supercars Championship has been included in a revised FIA Formula 1 Superlicence points system.

Australia’s premier racing series joins the FIA Formula E Championship as the latest categories in which drivers can earn points to put towards securing a Superlicence.

Drivers wishing to gain a Superlicence necessary to compete in F1 require 40 points which must be accumulated in a three-year period.

Although an unlikely F1 feeder category, the Supercars Championship’s inclusion sees it join the FIA World Touring Car Championship and the DTM touring car series in the system.

As per the FIA’s updated table released overnight, a Supercars champion will earn 13 points, which is two less compared to the winner of the DTM and FIA WTCC.

The points have been allocated retrospectively from 2013 onward, ensuring that 12 Supercars drivers are now on the board.

Jamie Whincup has accrued the most Superlicence points with 30 courtesy of championship wins in 2013 and 2014 and a fifth place last year, while Mark Winterbottom and Craig Lowndes have 28 each.

Meanwhile the winner of the FIA Formula E Championship will receive 40 points, putting it at the top of the system alongside GP2, FIA Formula 3, WEC, IndyCar and the yet-to-be-launched Formula 2.

In addition to scoring 40 points, the awarding of a Superlicence requires a driver to have completed at least 80 percent of two full seasons from a second list of categories that does not include the Supercars Championship.