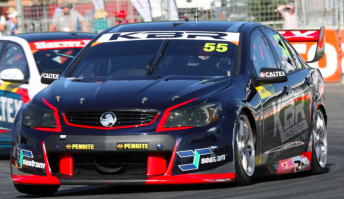 The Charlie Schwerkolt owned squad had planned to field Karl Reindler in its Holden that Lee Holdsworth crashed heavily last time out at Hidden Valley.

With damage to the chassis now declared too great to be fixed in time, Schwerkolt has cut a deal to field Kostecki in the 17-year-old’s Dunlop Series car at Townsville and Queensland Raceway.

Kostecki competes in a Triple Eight-built Car of the Future specification Commodore similar to Team 18’s, currently sitting 11th in the points standings of the second-tier series.

Team 18 will have a new car for Sydney Motorsport Park in late August, which Holdsworth has targeted for his own return from injury.

Schwerkolt thanked the Kosteckis for stepping up to the plate during a tough time for his team.

“The Kostecki family were kind enough to pull young Kurt out of the DVS (Dunlop Series) game and pull him up to the main game to race under our banner for the next two races,” he said. 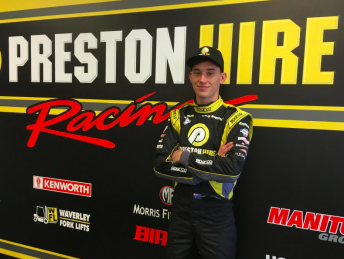 “It is an amazing opportunity for him been so young to be able to get some exposure and miles at Townsville in the main game.

“I must thank Karl for stepping aside to allow this to happen, there was just no cars available that we could lease anywhere and we are still excited to have him as our co-driver for the enduros and to get him some laps at Ipswich.”

Kostecki, who works as a mechanic at Triple Eight between his own racing commitments, says he’s looking forward to the challenge of the main series.

“It will be a big learning experience and a big step in my career,” he said.

“It will be good to learn really early what I need to work on and improve before I head up into the main game in a couple years time.

“Unfortunately for Lee I’m here because of his injury, but he is a big asset to the team and I can see everyone in the team is really hard working and I hope I can help out as much as I can and that Lee is back soon.”

The dramatic turn of events is a disappointment for Reindler, who had been set for his first Supercars sprint event since 2012.

Reindler has also been scheduled to deputise for Nick Percat at Lucas Dumbrell Motorsport last November before being bumped for Paul Dumbrell at the 11th hour.

“Obviously I was looking forward to getting some laps prior to Sandown, but with no available chassis other than Kurt’s I can understand his desire to run in his own car,” said Reindler.

“Team 18’s new car will be ready within a month; my focus is still the Enduros, so we’ll get Lee back in the seat as soon as possible and have a good crack come September/October.”