Bill Tuckey to be honoured at Mount Panorama

Bill Tuckey to be honoured at Mount Panorama 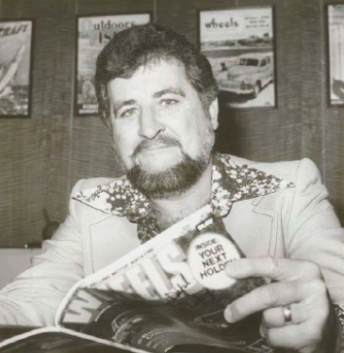 One of the most productive, adventurous and constructive passages in Australian motoring media closed in May following Tuckey’s death, aged 80, in Melbourne.

The council’s recognition and swift process to officially name the pit straight media centre after Tuckey is testimony to the legacy he left behind.

A prolific writer and author of books, Tuckey forged a path for generations of motoring and motorsport journalists as he blazed a trail in newspapers, magazines, books and radio.

An official ceremony to unveil a plaque honouring Tuckey is scheduled for Thursday, October 6, ahead of this year’s edition of the Supercheap Auto Bathurst 1000.

The acknowledgement of a key player in Mount Panorama’s past follows the Bathurst council’s move to name the Harris Park grandstand in honour of the Bathurst 1000’s chief administrator for more than 30 decades, Ivan Stibbard, who died in 2014.

Stibbard, a successor to the legendary Jack Hinxman, oversaw the Bathurst 1000 in a three-decade span from the early 1970s.

Earlier this year the council also paid tribute to one of the Bathurst 1000’s most underrated heroes, leader and founder of the TAFE Smash Repair Team Tony Warrener.

At a ceremony in the build-up to the Liqui-Moly Bathurst 12 Hour, a plaque was unveiled officially naming a building in the pit paddock after the tireless Warrener who died midway through last year.