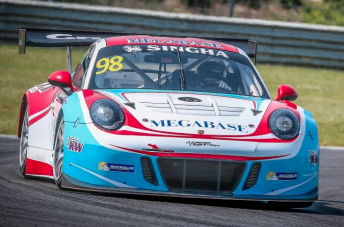 New Zealander Jono Lester will join the GT Asia grid for the remaining rounds of the season, beginning with a trip to Okayama this weekend.

The 26-year-old has secured a deal to drive a new Porsche GT3 R run by Malaysian squad GruppeM Racing.

The Kiwi had faced a season on the sidelines before landing a deal to race in the Lamborghini Super Trofeo Asia series, which he will now dovetail with his GT Asia commitments.

While the deal is for the remaining four rounds of the season, Lester is hopeful the relationship can continue into next year.

“It is fantastic. It is a nice reward for a good start to the season,” Lester told Speedcafe.com.

“It is an honour to join the team and being the third Kiwi to do so.

“The team has the same core of guys that took Earl (Bamber) and Chris (van der Drift) to their Porsche championship wins.

“While we are starting mid-season, it is still an opportunity to get some wins and podiums.

“I’ve been keen to get back to racing in Asia and it is very difficult to break into the Japanese racing environment without some influential people vouching for you.

“I know have that from the Super Trofeo Series and that has helped opened the door.

“I think as a pairing myself and Tim (Sugden) will be strong. 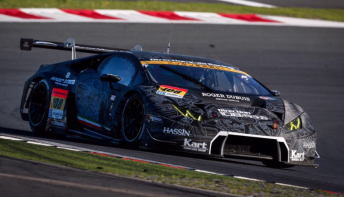 “The team has got all sorts of plans in GT3 racing for the future and I can only assume that if I can do a good job then I can be a part of those plans.”

Following the meeting at Okayama, Lester will head to Suzuka on June 8-9 to conduct a coveted Super GT test with top GT300 outfit Direction Racing.

The opportunity arrived after impressing the squad in the Lamborghini Super Trofeo Asia Series.

The New Zealander is set to drive a Lamborghini Huracan GT3 at the test, which he hopes will help his chances of landing a SuperGT drive.

“This is a huge opportunity for me. Getting a test here is not easy,” added Lester.

“I think if things carry how they are going for next year, there is a real possibility we will end up on the grid full-time.”