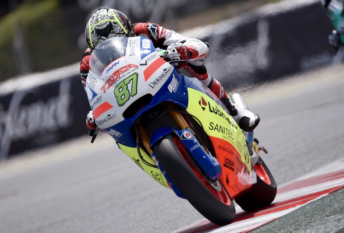 Remy Gardner will compete in the next two rounds of the Moto2 World Championship as he looks to cement a position in the category.

The son of 1987 motorcycle world champion Wayne Gardner will join Scuderia Tasca GP Racing for this weekend’s round at Assen (The Netherlands) and the following meeting at Germany’s Sachsenring.

The 18-year-old made his Moto2 World Championship debut with the Italian team at Catalunya two weeks ago where he scored an impressive 15th, earning a championship point.

Gardner has since recorded a victory in the FIM CEV European Moto2 Championship at the same venue a week later.

The young Australian has now terminated his agreement with Race Experience in the CEV series to focus on securing funding to complete the remaining rounds of the world championship.

Gardner stepped up to the Moto2 category this year after a full season in the Moto3 World Championship last year.

Moto2 opening practice is scheduled to begin on Friday at 1855 AEST.