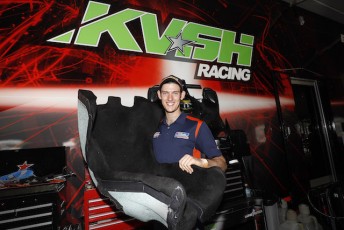 Matthew Brabham is continuing to explore future opportunities in the Verizon IndyCar Series after his solid two-race program at Indianapolis last month.

Brabham will again be pitched in front of the IndyCar fraternity this weekend when he pilots the two-seater corporate ride IndyCar at the Kohler Grand Prix round of the series at Road America.

The 22-year-old put in stoic performances on the Indy road course and at the 100th running of the Indianapolis 500 in May when he finished 16th and 22nd respectively in the Pirtek Team Murray Dallara-Chevrolet.

Brabham says that he’ll be holding talks about his future this weekend, where he’ll be ready to substitute for any drivers should they strike trouble.

“It is nice that people are keen to sit down and discuss the future with us and I am sure that would not be the case if we had not created something positive in the month of May,” Brabham explained.

“There are just so many elements that need to come together, but hard work is not something that myself, Crusher (Speedcafe.com proprietor Brett Murray) or our team have ever been scared of.

“I think we proved that last month. But that is just the start.

“KV Racing (which supplied the crew to run the car) have been kind enough to make some space in their truck for my seat and I am ready to go if anything eventuates. 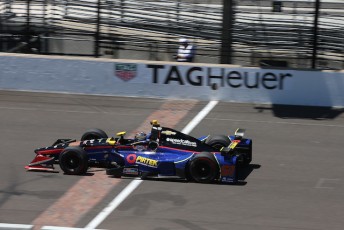 “I just have to make sure I am on the ground and put myself in a position where I can continue to educate myself on every aspect of the business.”

Brabham has built a solid foundation for the next step of his career after being successful in karts, Formula Ford, US F2000, Pro Mazda and Indy Lights.

Murray, who provided Brabham with the chance to showcase his talent on the biggest stage in IndyCar racing, continues to explore openings for a full-time drive for the youngster.

“We have to ensure that the investment from all the stakeholders realises its maximum potential,” he said.

“That is achieved by cementing Matt’s future in the sport through a full-time professional relationship with a quality manufacturer or team that has long-term vision and opportunity.

“Pirtek Team Murray has achieved the first part of its objective and we will worry about what the future holds for PTM once we have Matt on his way.”