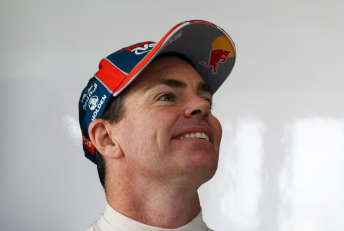 After focussing on his Supercars commitments with the new TeamVortex this season, Craig Lowndes hopes to return to international GT racing in 2017.

The Supercars veteran, who turned 42 yesterday, again missed any chance of realising his long-held dream of racing in the Le Mans 24 Hours this year due to its date clash with Hidden Valley.

This year, however, marks the first time since 2013 that he has not signed on to race in the Blancpain Endurance Series’ Spa 24 Hours, which takes place on July 26-31.

Lowndes piloted an AF Corse Ferrari to eighth in 2014 and had been scheduled to lead Roger Lago’s Lamborghini effort last year before a Carrera Cup crash for the car owner saw the entry scratched.

Unlike Triple Eight team-mate Shane van Gisbergen, Lowndes is also not running in the Australian GT endurance races this year, two of which take place in New Zealand either side of the Pukekohe Supercars event.

Although suggesting he may attend the Highlands Park GT finale as a spectator, Lowndes says that being part of Triple Eight’s new third entry has required an increased level of off-track commitment.

The fan favourite has had a hectic schedule since February, where a dirt bike accident ruled him out his only scheduled GT outing in the Bathurst 12 Hour.

“We’ve just had too much going on to be honest,” Lowndes told Speedcafe.com of his lack of GT drives.

“Roland (Dane, Triple Eight team owner) has made it clear that the focus is all about Supercars. 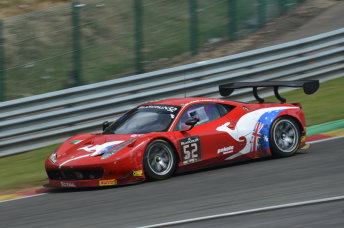 “Especially being a new team, we need to focus on this solely.

“But next year we’d love to start with the (Bathurst) 12 Hour and see what else comes up.

“Le Mans will again be the first thing we look at when the calendar comes up to see if there’s a clash or not.”

Le Mans being free of the Supercars calendar remains no guarantee that Lowndes will line-up for the French classic, however.

A concerted effort to contest the race with AF Corse in 2014 failed to come off due to Lowndes’ off-track commitments.

Lowndes also admits that a budget may also have to be sourced to contest the event, such is the nature of GT racing.

“There are teams available, there’s no doubt about that, but it carries cost,” he said.

“It’s one thing that you’ve got to weigh up if you can bring sponsors or whether your sponsors here in Australia are keen to do it.

“There’s opportunities with teams, but it has to be the right opportunity. I don’t want to go over there and just drive anything.

“The perfect scenario would be to go there a couple of times in a competitive GTE car, learn the track and then go back in a prototype.”

Keeping tabs on Le Mans throughout last weekend, Lowndes says he’s still in regular contact with his former race engineer Jeromy Moore, who moved to Germany to join the Porsche LMP1 team at the start of 2015. 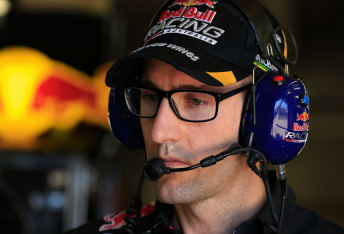 Jeromy Moore during his time with Triple Eight

Moore was the chief engineer on the #2 Neel Jani/Romain Dumas/Marc Lieb driven entry at the weekend, which swept to victory as the lead Toyota faltered in the final five minutes.

The Brisbane native had also been part of Porsche’s victory during his first Le Mans last year, albeit working directly on the car that finished second in the hands of Mark Webber.

“He’s loving life and it’s great because it was a challenge that he needed to have,” said Lowndes of Moore.

“This world was unfortunately at a dead-end for him. He wanted to learn, develop and use his brain more.

“He went over as a data analyst to start with and now he’s designing their front-end. He’s a very clever boy.”