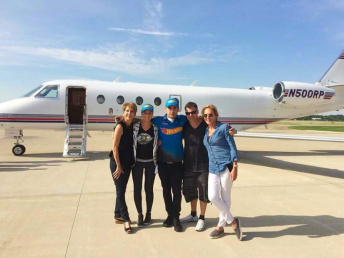 Matt Mingay is continuing his recovery at the Gold Coast University Hospital after arriving home from the United States.

Accompanied by wife Sheena, Mingay has been making exceptional progress in his recovery from life-threatening injuries after a Stadium Super Trucks crash on the undercard at an IndyCar race at Detroit’s Belle Isle circuit three weeks ago.

Medical specialists at the Detroit Receiving Hospital have been left stunned at the rapid progress that has seen Mingay given clearance to return to Australia. 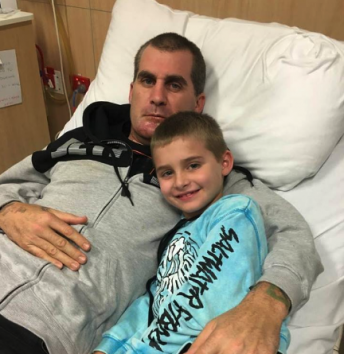 The Penske Corporation made available its private jet to carry Mingay from Detroit to the west coast of the US, where he boarded a commercial flight to Brisbane.

Mingay was able to walk in his ward unassisted for small periods today, the first time he has been able to do so without a frame.

The stuntman and action athlete underwent a complex five-hour operation where surgeons inserted a prosthetic chin/jaw following the horror crash, the cause of which has not been disclosed.

It is not known how long Mingay will remain in hospital in his home city however it is expected that he will require further surgery down the track.

Other injuries Mingay received in the crash were bleeding and bruising of the brain and a fractured T1 vertebra.

Support via a donation for Mingay and his family can be made at https://www.gofundme.com/mingayfund