Webber: We are all feeling for Toyota today

Webber: We are all feeling for Toyota today 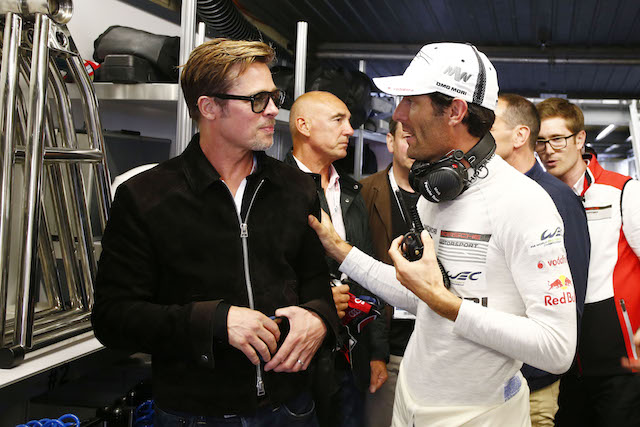 Factory Porsche driver Mark Webber has echoed the sentiments of rival teams by showing unbridled compassion for Toyota in the wake of its crippling last lap defeat in the Le Mans 24 Hour.

The #5 Toyota TS050 Hybrid driven by Kazuki Nakajima was one lap from certain victory after clutching a lead in excess of one minute when it suddenly ground to a halt.

Just a few minutes short of 24 Hours the Toyota stopped, allowing the #2 Porsche to steal one of the most dramatic wins in the history of the sportscar marathon.

As yet there is no explanation as to why the Toyota suddenly lost power, consequently delivering one of the most emotional finishes ever seen at La Sarthe.

Toyota Team president Toshio Sato said: “I have no words to describe our emotions today. It is simply heartbreaking but we will return stronger and more determined to win.”

Mike Conway, one of the drivers of Toyota’s #6 car which was classified second, was torn with mixed emotions.

“Second is okay but we are all gutted for car #5,” Conway said.

“They drove a great race and were controlling it. You could see how upset everyone was; I really feel for them.

“We were fighting up there all race at the front so it was a good race in terms of the performance of the car. It’s okay to get one car on the podium but we wanted more.” 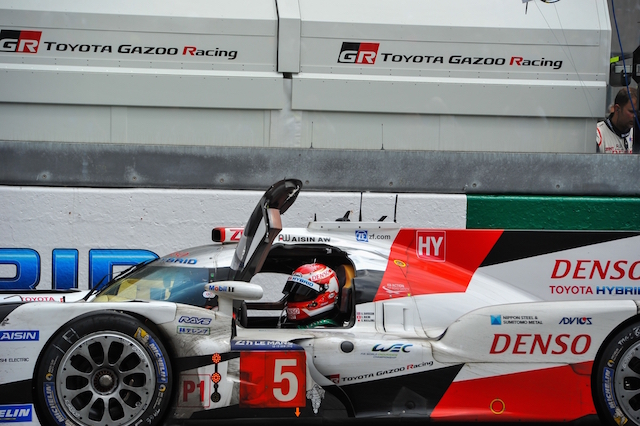 Webber’s chances in the #1 Porsche 919 Hybrid evaporated around midnight when it spent just short of three hours in the garage with a water pump failure.

At first finding it hard to believe what he was watching from the garage, Webber said it was tough to watch the events unfold as his car eventually finished 13th.

“I think we are all feeling for Toyota today,” Webber said.

“It was a brutal gift from them with five minutes to go.

“Sport can be cruel sometimes but we all know at Porsche that you obviously take the win and it was in really hard circumstances.”

Webber showed deep compassion for Toyota, which is yet to conquer Le Mans despite many close but ultimately unsuccessful attempts.

“It was a great day for motorsport and Le Mans,” Webber said.

“It was really an emotional day for the sport.

“It was tough to watch it unfold really.

“Obviously the elation on our side but you wouldn’t wish that on anyone what Toyota went through.

“Toyota they were leading and there were so many other ways they could have won the race. A Safety Car of whatever. It was theirs. It was just so theirs.

“But you’ve got to do the distance.