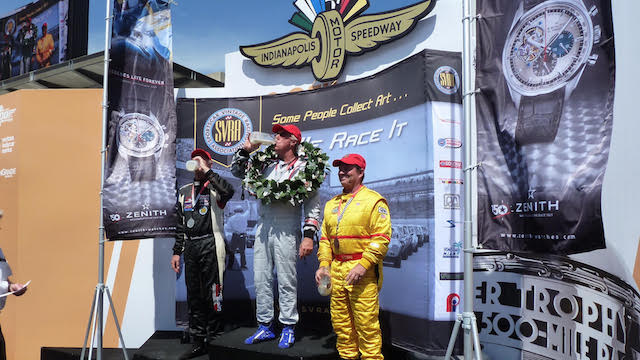 Former champion racer Geoff Brabham has returned straight back to the winner’s rostrum after coming out of a 15-year retirement.

It was only the second time in his career that Brabham has driven a car constructed by his father, Sir Jack Brabham and Ron Tauranac.

In the second race over eight laps, Hornig took the honours while Brabham only completed five laps.

Brabham was also involved in the shared driver Indy Legends Charity Vintage Pro/Am race where he shared a Cobra 427 with Richard Wall with the pair finishing 28th.

The 25-lap race was won by Robby Unser and Andre Ahrle in a Cobra from Max Papis and Curt Vogt with Paul Tracy and Gary Moore in third. 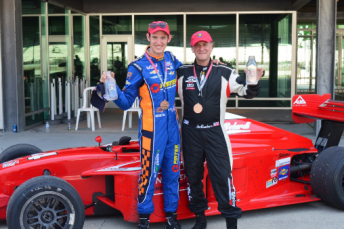 The younger Brabham was also in action, sharing an older Indy Lights machine with Lee Brahin in a 90-minute endurance race where he finished third.

The elder Brabham had a distinguished career in the US through the 1980s and 1990s, winning four straight IMSA titles and an IndyCar career which included 10 starts in the Indy 500 for a best finish of fourth in 1983.