Lowndes fastest ahead of Race 13 Shootout

Lowndes fastest ahead of Race 13 Shootout 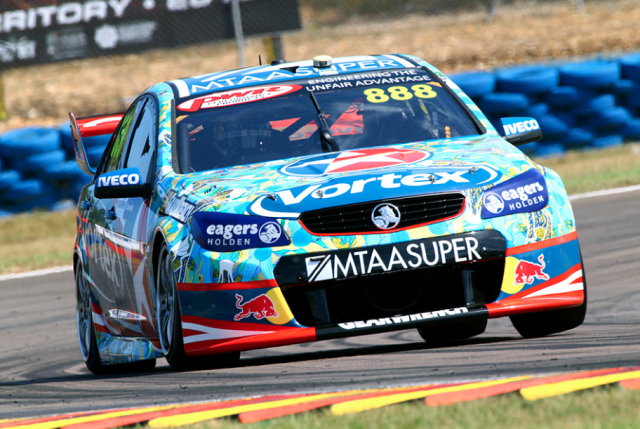 Craig Lowndes will be the last man out in the Top 10 Shootout after setting the fastest time in qualifying for Race 13 at Hidden Valley.

The TeamVortex Holden had been 14th in the order before setting his time with two minutes left in the session.

“The guys did a fantastic job overnight,” said Lowndes after the 20 minute session.

“We had a good car yesterday but we didn’t have a fast car.

The Kiwi endured a messy session, struggling with a mechanical issue aboard the #12 Falcon.

“I had no adjustment in my front anti-roll bar because the handle had snapped off,” he said.

“You’re trying to tune the car on the run but I had no ability to tune it with the problems I was facing.”

The Top 10 Shootout will take place from 1045 local time.