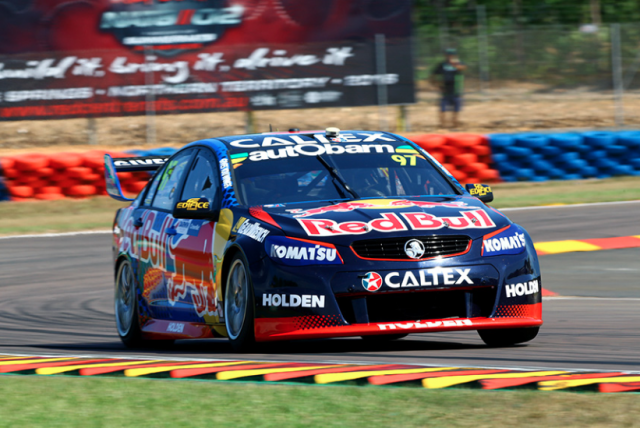 With cloud cover briefly shading the circuit as the session went green, Van Gisbergen was sent straight out on new tyres while the bulk of the field ran a warm-up set.

The Kiwi immediately put down a record breaking 1:06.09s lap that, with the sun soon bathing the circuit once more, proved unbeatable for the remainder of the 15 minutes.

Michael Caruso drew within 0.08s of the benchmark during his first of two new tyre runs ahead of Will Davison, Chaz Mostert, Mark Winterbottom and Jamie Whincup.

The increasingly warm track conditions saw none of the 26 places change in the final minutes as drivers ran their second and final set of tyres.

“We just put a lap down straight away,” smiled Van Gisbergen.

“Normally you go better on the second run but we just couldn’t do it.

“Hopefully we can lead from the front in the race.”

Caruso was meanwhile pleased with second as he shoots to become the year’s 10th different winner.

“We’ve been working really hard and we feel we’ve made progress and this shows it,” he said.

“We’ve put ourselves in a good spot to make it happen this afternoon.”

Those down the order included Scott McLaughlin in 15th and the Holden Racing Team duo of James Courtney (17th) and Garth Tander (25th).

“We talked about using the cloud cover but you run the risk of using a set that you don’t have later,” admitted McLaughlin.

“It’s a hard call but they (Van Gisbergen’s crew) made the right one.”