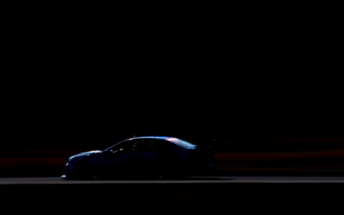 Hidden Valley will have exclusive rights to hold Supercars night racing for at least five years as part of a new agreement confirmed today.

The NT Country Liberals Government’s pledge to fund lighting at the venue should it be re-elected in August coincides with a fresh deal that will see the race remain from 2018-2030.

It follows almost three years of campaigning from Supercars CEO James Warburton to add a local night event to the calendar for the first time since 1997.

Studies had been undertaken to hold night fixtures at Queensland Raceway or Sydney Motorsport Park, with plans drafted for the latter to potentially host mid-week night racing.

“Putting this kind of commitment behind the race deserves an exclusivity period, which is five years,” said Warburton when asked if other night races are possible under the new deal.

“This will mean it’s an extremely unique event.

“I’ve talked about night racing since my second or third day in the sport and the truth is we have to continue to innovate the product.

“We do that with our formats generally but I think this will be something quite special.”

NT chief minister Adam Giles says that a decision is yet to be made on whether the lighting used will be permanent or temporary.

According to Giles, the former is estimated to cost up to $12 million, while the latter has been approximated at $2 million per annum.

He argues, however, that the change in format will be a great boost to the event’s economic contribution to the region.

“The return on investment here of a V8 Supercar round in Darwin is about $16 million into the local economy… and we predict the night round could be $25-$35 million,” he said.

“We’re identifying whether the lighting will be on a temporary basis or a permanent basis.

“Of course the capital cost of permanent lighting is a lot dearer but it has the added benefit of providing facilities and services all year round for other racing products.

“We need to continue to come up with new concepts and new product and this gives us a point of difference from other races.”

Giles dismissed any concerns that keeping fans at the circuit into the night will negatively impact traders in the Darwin city centre, which currently sees an influx of race goers during the evening.

“We’ve had a chat with many of the traders, not all of them, but particularly in some of our initial conversations with the hoteliers association with regards to entertainment,” he said.

“We think this will actually add product later into the evening because as the race finishes people will want to continue to go out.”

Warburton meanwhile says that the race format is yet to be determined by the Supercars Commission, but suggested that the event would conclude on Saturday night.

“We have the opportunity to do something quite special here,” he said.

“You look at the Big Bash or a one day (cricket) game and have the opportunity to do something completely different.

“That will all be revealed as we get into the final planning.”