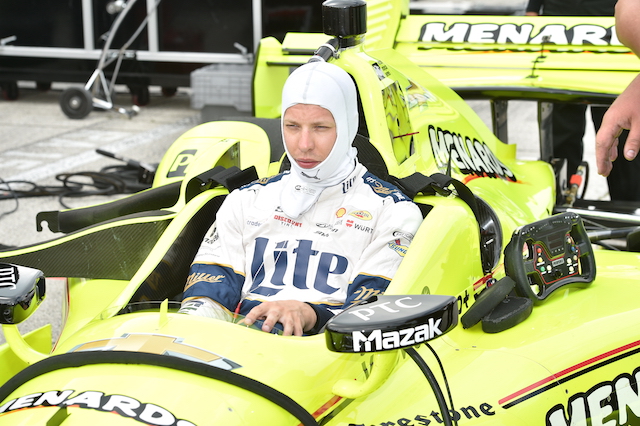 Sprint Cup star Brad Keselowski has completed a test of an IndyCar at the Road America circuit.

Keselowski completed laps of the IndyCar Series-leading machine in a rare but not unprecedented swap.

After Pagenaud shook down the car, Keselowski was then given some lap time in the late afternoon.

“It’s a very different beast. Our IndyCars are now predominantly aero, so the grip level you get is very speed dependent,” Pagenaud said.

“The Cup car is very mechanical, so you have to be very academic about your driving. You transfer weight and the front of the car turns.

“The opportunity came up to dip my toes in the water and kind of expand my knowledge base and put it in the back of my mind for wherever it goes, I don’t know.

“But it was a heck of an opportunity and I’m glad to have a chance.”

He later tweeted: “One of the best days of my life. Thank you everyone.”

Other in-season switches between the two categories in the past have seen Kurt Busch test an IndyCar at Sebring in 2004, 10 years before his brilliant sixth place as a rookie in the Indy 500.

The IndyCar Series will return to Road America for the KOHLER Grand Prix weekend from June 24-26.