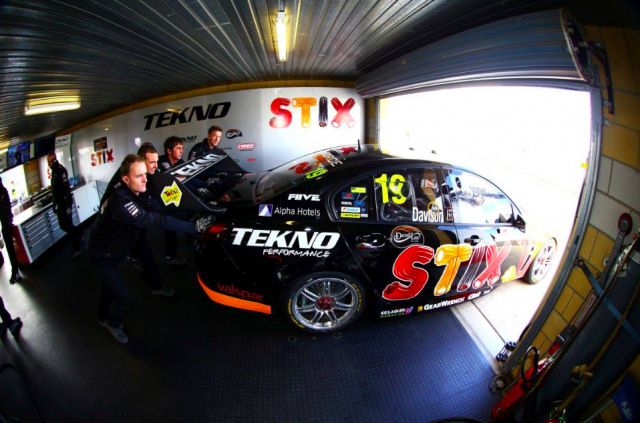 The Tekno team prepare their Holden for battle

Tekno Autosports’ major expansion into Australian GT is not a sign that the team is preparing to step away from the Supercars Championship, says owner Jonathon Webb.

Currently focussed largely on performance and aesthetic accessories for Holdens, Webb hopes to use his team’s new ties with McLaren to expand into supplying aftermarket parts for European machinery.

The Supercars race winning driver is heading to this weekend’s Le Mans 24 Hours for meetings to further his road car business.

Despite the gradual shift in focus, Webb says it remains important for Tekno to continue its prominent position in the country’s premier motorsport class.

“I haven’t even thought about what Tekno would be like without a V8 team,” Webb told Speedcafe.com.

“It’s the pinnacle of Australian motorsport and I believe it will be for a long time to come.

“There’s obviously changes and things going on which we all know about (Gen2), but I still believe this category is where it’s at.

“It works well as a forefront for my business, it fronts the road car side extremely well and gives a good reputation for customers in the GT program.

“Even if it (the V8 team) costs money it offers advertising and whatever else that we can make up in other portions of the business.

“The way my business balances up at the moment is ideal and for the foreseeable future I can’t see it changing.”

Like the Supercars team, which runs with just nine full-time staff, the GT and road car arms also operate with minimal employees.

The GT program has two full-timers for three cars, while Tekno Performance uses with five staff, operating out of the Gold Coast race shop and a second base in Sydney.

Despite his commitment to V8s, Webb is clear about the need to diversify the road car business away from Holdens and Fords.

“For us it’s always been based around the race cars, so when we were racing Fords that’s where our big push was,” he said.

“When we moved to Holden there was a lot more business in aftermarket for Holden, so overnight we grew our business ten-fold.

“Things are changing on that side with Holden and, while we don’t want to drop it, we’re starting to focus a little bit more on the European stuff.

“Obviously there’s that relationship with McLaren and its dealers, so we’re trying to offer upgrades and opportunities on that side.

“Hopefully we will be prepared before the end of Holden and Ford in Australia.”

Despite leading the standings, Tekno is yet to lock in deals with drivers for the remainder of the endurances races on the Australian GT calendar, leaving its participation uncertain.

Webb admits the three-car model is a bit of an “odd-ball” for its GT team, with a move back to two or up to four cars ideal long term.

The Supercars team, however, will continue as a single-car for the foreseeable future thanks largely to the squad’s tight relationship with supplier Triple Eight.

Running Triple Eight cars and equipment since its inception, Tekno’s relationship with the team grew further this year as it shares a garage with its third entry driven by Craig Lowndes.

“It was a tough decision to go back to one but looking back on it, it was one of the best things we’ve done,” Webb reflected of a change that took place in the 2012/13 off-season.

“It’s enabled us to really focus and make sure we’re running a truly competitive car.

“As long as Triple Eight are running three and we’re sitting as a fourth we’re both happy and it’s working well.

“Commercially it’s tough out there and it’s not getting any easier (to fund cars).

“If you keep winning races it makes it a little easier but it’s a big jump from doing one right to doing two right.

“We’re not going to run another car for the sake of having another.

“We’d only want to do it to win races and at the moment its not something we’re looking at.” 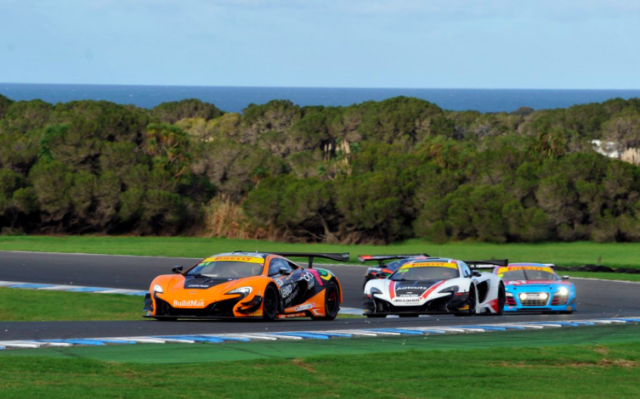 Tekno leads the AGTC and AEC standings with its McLarens