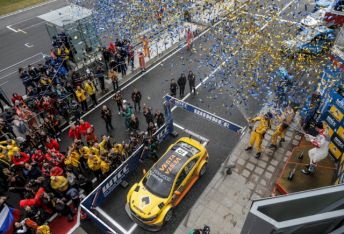 Gabriele Tarquini and Nicky Catsburg have led the Lada team to a shut-out of the Moscow round.

In the opening race Tarquini beat Catsburg after ripping through the field from ninth.

It realised the first WTCC win for the Lada Vesta and Tarquini’s first for the brand.

In the second race Catsburg turned the tables on Tarquini in a repeat quinella for the Lada operation.

The championship shifts to the International de Villa Real circuit for the next round on June 26. 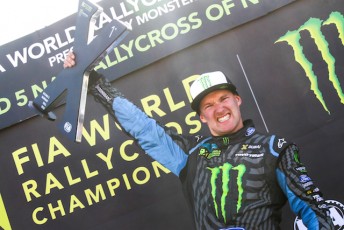 Andreas Bakkerud has created history by becoming the first driver in the FIA World Rallycross Championship to win all four qualifying sessions, semi-final and final in a complete sweep of his home event in Norway.

Sweden’s Timmy Hansen took the runner-up spot while his compatriot Mattias Ekstrom took the third podium spot to continued to lead the points after five rounds.

He went on to win his semi-final and the final to secure the total 30 points available on an event weekend.

Bakkerud’s healthy points haul has catapulted the Norwegian to fifth in the standings.

“To win my home round on our home track is the best feeling in the world – I’m living the dream,” Bakkerud said.

Reigning Champion Petter Solberg finished fourth, the Norwegian having started on the back row of the final.

The sixth round of the FIA World Rallycross Championship presented by Monster Energy takes is scheduled for Holjes, Sweden, from July 2-3.

Matheus Leist and Toby Sowery shared wins in the latest round of  the championship at Silverstone as the third heat was washed out.

Douglas Motorsport driver Randle then finished fourth in the final 8 lap race behind Sowery to maintain his second place in the championship.