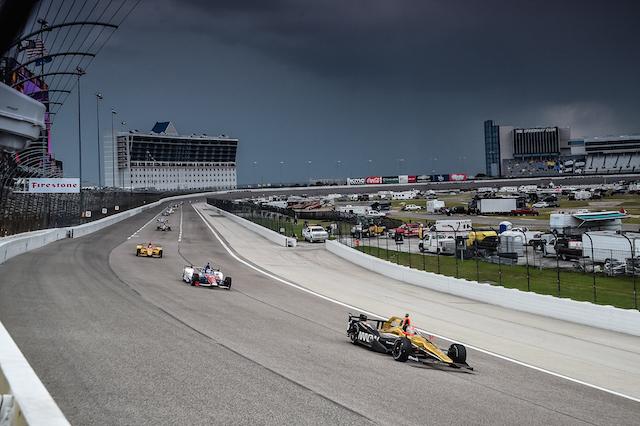 IndyCar has rescheduled the Texas race to August 27

Wet weather has seen the cancellation of the Firestone 600 at Texas Motor Speedway with IndyCar switching the race to August 27.

IndyCar has confirmed that the race will be restarted on Lap 72 with James Hinchcliffe (Schmidt-Peterson), Ryan Hunter-Reay (Andretti Autosport) and Mikhail Aleshin (Schmidt-Peterson) holding the first three positions.

Earlier, a lengthy caution period followed a frightening shunt when Conor Daly lost control of his machine at Turn 4 on lap 42 forcing him to collide with an unsuspecting Josef Newgarden.

While Daly was checked and released from the medical centre, Newgarden was flown to hospital with suspected wrist and shoulder injuries.

IndyCar will streamline the reprogrammed race into a one-day affair with just a single practice session ahead of the commencement of the race.

Existing ticket-holders will be honoured on the fresh date.

The race, which is the ninth of IndyCar season, will now fall in between Pocono and the Watkins Glen race.

Running order when the race was stopped 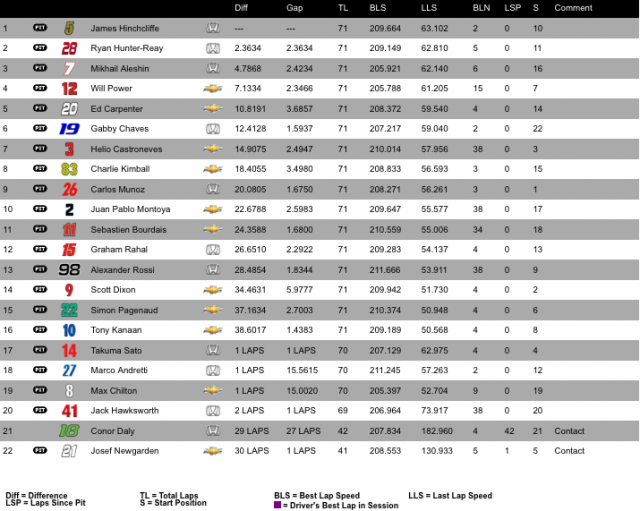