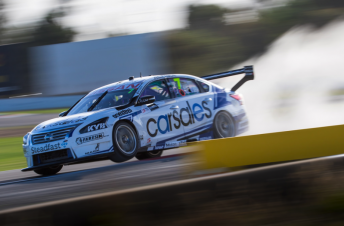 Todd Kelly in action at Winton

Entering V8 Supercars as a junior engineer with the then Kelly Racing branded team in 2011, Walker progressed to race engineering duties on Kelly’s Altima last season.

Perry Kapper, who was promoted from Kelly’s car to engineering manager at the start of 2015, will temporarily return to the position for Hidden Valley while the squad seeks a full-time replacement.

Nissan has meanwhile drafted its workshop-based design engineer Jason Sherring into the race team for Hidden Valley in order to ease Kapper’s workload.

“We didn’t have as much warning as we would have liked because with that role you really need to know six months in advance so you can properly plan around it.

“There’s not a lot of engineers sitting on the bench just waiting for something to happen.

“But the guys have done a pretty good job at gathering the situation up and putting plans in place to recover it. Walker had worked with the team since 2011

“The good thing is that there was no drama with Jesse or the team.

“It’s a once-in-a-lifetime opportunity to have a job like that in the States.”

The mid-year shake-up comes after the off-season exit of Craig Spencer, who had led the team’s technical department since the start of the Nissan program in 2013.

“The workload has been a fair bit more manageable this year,” said Kelly of the team’s engineering operations.

“We’re not aero testing and the amount of engine R&D has started to taper off a fair bit.

“The department is still flat-out but it’s not crazy like it has been.

“Because we split his (Spencer’s) role into two different people (Kapper as engineering manager and Neil Price as crew chief) it’s a lot more effective now.

“It’s made a big difference.”

The Nissans have shown flashes of front-running competitiveness this season, highlighted by four top five finishes across the first 11 races.

Consistent speed, however, has remained elusive, with performance continuing to vary greatly across the four cars and respective races.

“The cars are capable of results, it’s just about getting the right set-up for the conditions and being able to do the job in the car,” said Kelly of the squad’s position.

“We know we’re not missing half a second with anything in particular in the car, it’s just a matter of everything lining up and being right on the day and on the lap. 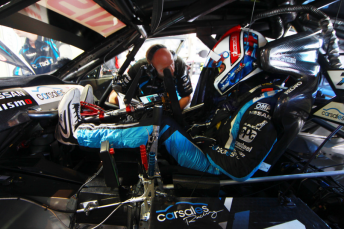 Consistency is the current challenge for Nissan Motorsport

“It’s really come together now on the engineering side. It’s just taking a little bit of time and momentum to get that last little bit.

“It’s so competitive that even the tracks you went well at the previous year you can’t assume you’ll be there again, even with better equipment.

“We’re all focussed on the debriefing, procedures and base set-ups. All of that is absolutely critical.

“With Pez (Kapper) going back on the car, it might be a good shake-up for us.

“The preparation has been higher because Pez hasn’t worked with me for quite a while.

“It’s been a lot more detailed than it has been, so it might actually be a good thing.”