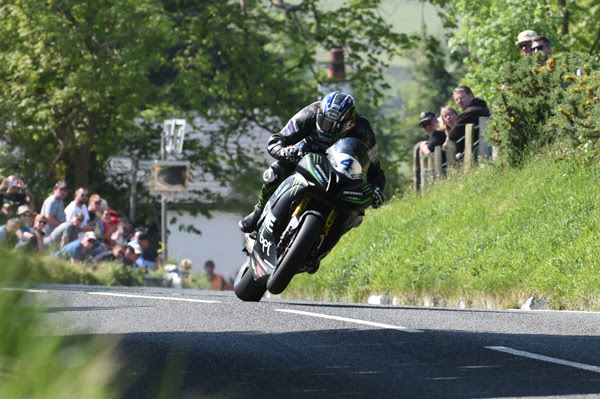 Ian Hutchinson has scored the Monday double at the Isle of Man TT with victory in the opening Supersport race and backed that up in the Superstock event.

Hutchinson came back after lunch to smash the lap and race records in the Superstock TT. The BMW rider leading from start to finish to take victory by 27 seconds.

With an opening lap of 214.200km/h (133.098mph), it was his 13th TT race win as Dean Harrison and James Hillier battled all the way for the runner up position, Harrison clinching it by just one second.

Hutchinson has now moved to the top of the battle for the Joey Dunlop Championship for the overall race week’s best rider on 70 points with Harrison back on 47 points.

The TT has tomorrow off before racing again on Wednesday local time with the second Supersport race, the Lightweight TT and the TT Zero race for motorcycles (two wheeled) to be powered without the use of carbon based fuels and have zero toxic/noxious emissions.