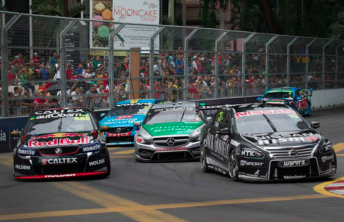 Despite the collapse of this year’s KL City 400, V8 Supercars remains determined to push into the Asian market.

Last week V8 Supercars confirmed the cancellation of its planned championship round in Kuala Lumpur due to an ongoing legal dispute between the event’s former and current promoters.

In a brief statement, category CEO James Warburton confirmed the category intends to return to Kuala Lumpur next year and will continue to explore further events in Asia.

Although money earners for the teams, V8 Supercars’ previous international forays in China, Bahrain, Abu Dhabi and the United States all proved short-lived.

Asia, however, remains a firm focus as the region is seen as logistically viable and offers both a favourable timezone for television back into Australia.

Elsewhere, Porsche Australia appears set to expand its Carrera Cup into Asia next year as part of strengthened ties with Porsche China.

What do you think? Should Supercars continue its push into Asia?