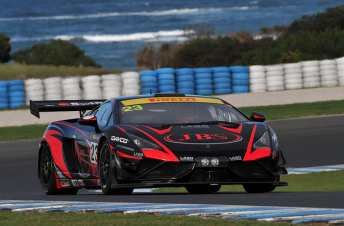 The V8 Supercars co-driver has been drafted in to join a Lamborghini effort put together by Australian businessman and GT regular Roger Lago.

Webb will share a Gallardo REX alongside Lago, David Russell and Steve Owen for the July 26-31 event at the famed Belgian circuit.

Lago was set to field a Lamborghini entry for Craig Lowndes, Russell and Owen in last year’s Spa 24 Hours before a nasty Porsche Carrera Cup crash forced him to withdraw from the race.

While Lago has previously taken his own cars to Spa, this year will see him lease a Gallardo from Reiter Engineering.

The event will be Webb’s maiden visit to Spa-Francorchamps with the Gold Coast-based driver requiring little persuasion when offered the drive.

“Roger rang me a little while ago and asked if I wanted to come and play,” Webb told Speedcafe.com. 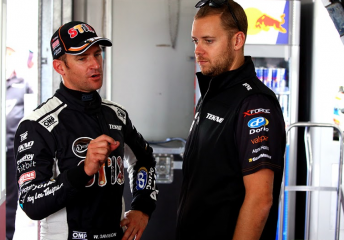 “My only hesitation was to make sure it fitted into the calendar.

“Roger and his guys always do a good job so I will spend a bit of time in the simulator to work out which way Spa goes. I cannot wait to get over there.

“I’m excited by the event and doing it in a competitive car with three other Australian drivers, and I think we will put on a good show.”

Webb intends to complete a run at Queensland Raceway in Lago’s Australian GT Lamborghini Gallardo REX to familiarise himself with the machinery prior to the Spa 24 Hours.

The 33-year-old has been heavily involved in GT racing this season after his Tekno squad expanded into the category with a fleet of factory supported McLaren 650s GT3s.

Having been forced to miss last year’s race through injury, Lago is eagerly anticipating his squad’s assault on the prestigious GT3 event.

“I chased Webby a few years ago to do the Bathurst 12 Hour and it didn’t work out and ever since then I wanted to get him on board for a race,” Lago told Speedcafe.com.

“They have changed the driver seeding rules this year. Last year we were allowed to have a Platinum, a Gold, a Silver and a Bronze driver.

“This year they have changed it so you are allowed to have a Platinum or a Gold but then you must have two Silver rated drivers and one Bronze.

“I wanted Steve (Owen) to come along and he is a Gold so I had to find another Silver (driver).

“Webby fitted the bill because he is fast enough and he is a team owner, so he knows how it feels if the car comes back with a corner missing from it. He is a safe pair of hands.”

The quartet are set to complete their first laps at Spa in a three hour test at the circuit on July 26.

Also among the field will be Webb’s former V8 Supercars driver Shane van Gisbergen, who continues his Blancpain Endurance Series campaign with the Garage 59 McLaren outfit.