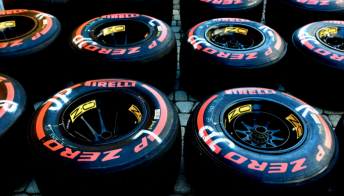 Super-soft tyres have been ignored by Renault and Haas F1

The Canadian Grand Prix is set to showcase varied tyre strategies after Renault and Haas F1’s decision to ignore the super-soft compound.

Pirelli has made the soft, super-soft and ultra-soft compound tyres available to teams for the race held at the Circuit Gilles Villeneuve from June 10-12.

As per the regulations for this season, teams select 13 sets of tyres from the compounds available for each race weekend.

Selections for the Montreal event have revealed that Renault and Haas F1 will be utilising just the soft and ultra-soft tyres for the event.

Meanwhile, the Haas F1 pairing of Romain Grosjean and Esteban Gutierrez will base their weekend around the ultra-soft tyre with 10 sets available alongside just three sets of softs.

The rest of the field has opted for at least two sets of super-soft tyres.

Rivals Ferrari and Red Bull have opted for a similar strategy each selecting seven sets of ultra-soft tyres.

Red Bull’s Daniel Ricciardo and Max Verstappen will have one more batch of softs available to them compared to Ferrari’s Sebastian Vettel and Kimi Raikkonen. 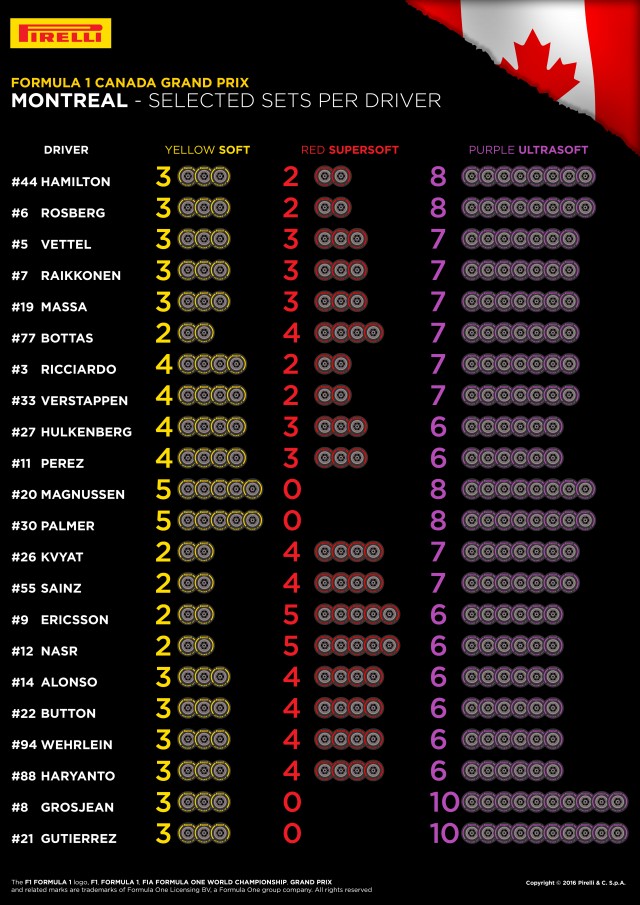