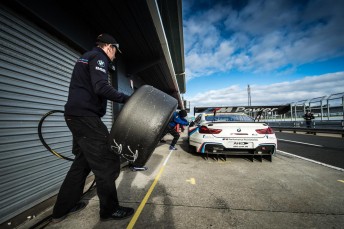 Pirelli will conduct a thorough investigation into a series of tyre failures that plagued the opening round of the Australian Endurance Championship at Phillip Island.

Tyres emerged as the main talking point at the Phillip Island 101 after widespread punctures and failures affected teams at the Victorian circuit.

More than 10 cars suffered failures in Sunday’s race, with several experiencing multiple failures predominately on the right front and rear.

The Italian tyre manufacturer is determined to understand the causes of the issues having previously enjoyed a relatively strong showing at the event last year.

Pirelli Australia motorsport manager Simon Pool says around 30 tyres were affected during the weekend, while also confirming the compounds used were identical to those previously raced at the venue.

Detailed analysis of the failures has already commenced with information due to be sent to Europe this evening. Tyres will also be sent to Pirelli headquarters in Italy for further examination.

Although Pirelli is yet to determine the exact cause, aggressive cambers and lower tyre pressures used by teams, alongside the increased speed of the cars are likely to be contributing factors.

“It’s terrible. It doesn’t do us or the category any good so we have got make sure it doesn’t happen again,” Pool told Speedcafe.com.

“Phillip Island is always very hard on a tyre. The load factors here are among the highest we see in the world. There are not too many tracks like this.

“The guys set the cars up to get tyre performance by running lower pressure and aggressive cambers and we think that’s part of it, but we are unsure so we will investigate it.

“We have seen probably 30 tyres in total but some are straight punctures and that is what we need to understand.

“I have already spoken to our guys in Europe and they are aware of what has happened.

“We will send some indicative tyres back that haven’t shown an issue and that have a done a high number of laps to do some analysis.

“I wouldn’t expect to see an issue at Townsville or Sydney Motorsport Park.”

Tyre failures are not uncommon at the demanding Phillip Island circuit which is notoriously hard on rubber.

James Pem Racing’s Garth Tander suffered two right rear failures during the race which he felt robbed him of a fourth place finish.

The Holden Racing Team V8 Supercar driver believes the issue is circuit specific and most likely caused by the increased speeds witnessed during the weekend.

“We were not on our own, there was a lot of failures,” Tander told Speedcafe.com.

“There was a lot in the Audi garage because the way our car generates its speed is through downforce so it puts a lot of strain on the tyres.

“The speed of the cars this weekend was considerably faster (than last year) and it is the same tyre we have been on for a few years now.

“The guys at Pirelli are on to it they have asked for our feedback.”

The MARC GT BMW M6 GT3 was among the worst affected having also suffered two failures, with the first occurring while DTM driver Bruno Spengler was fighting for the lead.

“Unfortunately at the end of the first stint I had a tyre failure as I came through the last corner,” lamented Spengler.

“So I had to do a whole lap with a flat tyre. We lost so much time. That cost us at least two laps

“We definitely had a chance to be on the podium had that not happened, but that’s racing.”