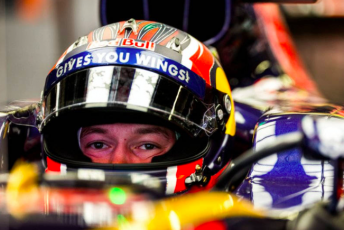 Daniil Kvyat and Marcus Ericsson have both been handed grid penalties following crashes in the Monaco Grand Prix.

The Toro Rosso and Sauber drivers will lose three grid spots for the next race in Canada after causing incidents at La Rascasse.

Kvyat clattered into Kevin Magnussen while trying to unlap himself following early electronic issues aboard his Toro Rosso.

The incident further damaged the Russian’s already battered reputation that saw him dropped from the main Red Bull squad two races ago.

Ericsson later misjudged a move on his team-mate Nasr that put both cars out of the race.

Nasr had ignored team instructions to let the Swede through prior to the clash.

In addition to the grid penalty, Ericsson has been handed two license penalty points.

Kimi Raikkonen escaped sanction for a collision with Romain Grosjean which occurred as the Finn attempted to drag his damaged Ferrari back to the pits.

Raikkonen, who had broken his front wing earlier in the lap, eventually parked his wounded Ferrari at the exit of the tunnel.