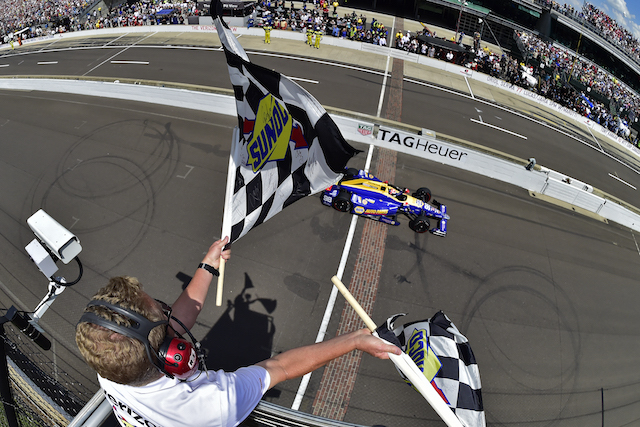 Rossi defied enormous odds as a first-timer at The Brickyard to claim the 200-lap epic as he was forced into fuel-saving mode in the final few miles to avoid being classed as just another also-ran.

Andretti said that his co-owner Bryan Herta had devised the strategy in a gamble not many would have taken, yet the ploy paid huge dividends.

“Bryan was the strategist there and he used some of the math and know-how to get Rossi there to the end,” Andretti said.

“They were on fumes there at the end.

“Alex did an awesome job and saving fuel, to the point where he was pulling the clutch and coasting. It was crazy.” 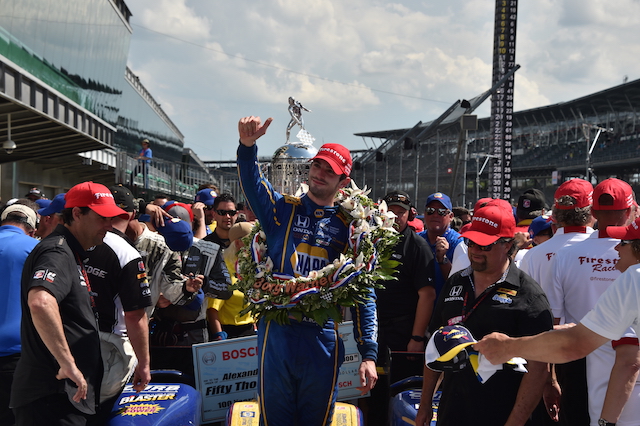 Rossi had only ever competed on an oval once before his Indy booking, at Phoenix in early April when he finished 14th, the last of the runners on the lead lap.

“He had never seen this place until a couple of weeks ago. He had no idea (about ovals),” Andretti said.

“He had never seen an oval except for Phoenix before this. Very impressive.

“He came in and was right on the pace. He was not intimated from the first lap on.

“He went to school and used his team-mates and learned every day throughout the month.”

Andretti sensed that Rossi had been enormously self confident ahead of the race.

“I saw that he was very confident going into the race and I thought ‘oh, we’ll see’,” he said.

“He kept his composure the whole race even when there were some problems. He kept his head in the game.

“It is still amazing to be a rookie and to win this race.”

“To be a part of history. To win the 100th running and to win it with a one-two finish is just incredible. I’m speechless.”