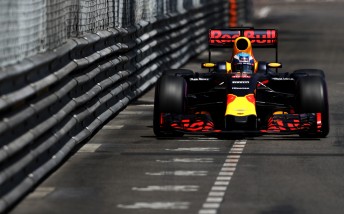 Red Bull and sister team Toro Rosso will run Renault engines in Formula 1 for the next two seasons.

The Milton Keynes operation has inked a fresh deal with the French manufacturer less than year after it initially severed ties with the firm, before renegotiating a contract for 2016.

The decision arrives with the team enjoying a strong run of form resulting in victory at the Spanish Grand Prix.

Both teams will be allowed to rebadge the engines if they wish next season.

Red Bull is running Renault engines under the guise of Tag Heuer this year.

“Having competitive partners demonstrates the confidence both have in the improved Renault power unit and in our organisation as a whole.”

Red Bull boss Christian Horner admitted progress made on the development of its engines has triggered the contact extension.

“We are delighted to extend our partnership which has proved very successful over time,” said Horner.

“After the reconstruction that Renault has undertaken, clear progress has been made which has made it logical to continue with the TAG Heuer badged engine.”