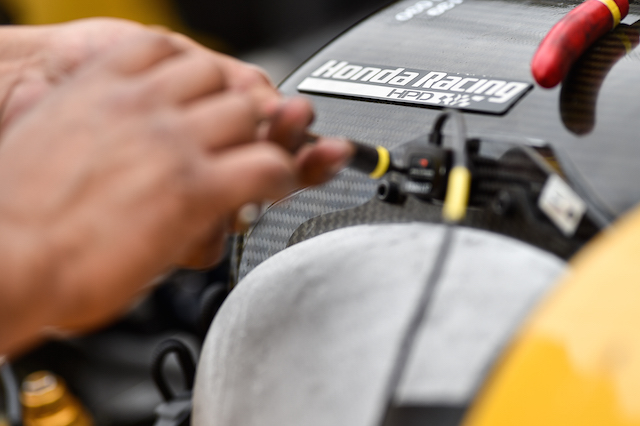 Frontline Chevy drivers have warned of an intense manufacturer fight with Honda that is expected to give an extra dimension to the historic running of the Indianapolis 500.

Honda turned the screws in final qualifying last weekend by edging Chevrolet to the pole and snaring six of the top 10 starting positions for the 100th running of the American classic.

The leading Team Penske Chevrolet qualifier Will Power, who will start on the outside of Row 3 in sixth, said Honda has firmly put its hand up for a fight.

“I’m not surprised about their (Honda’s) pace. As Chevy teams we’ve done a hell of a job the last few years and continue to do a fantastic job,” Power told Speedcafe.com.

“We saw on Monday in practice the Chevy race pace looks pretty strong and it’s definitely going to be a fight.

“All you want as a driver is to be on equal footing. Chevy is still going to be pushing extremely hard so we will have to see how it plays out.”

“As we’ve seen this year with the manufacturers they are very close right now,” Dixon, the 2008 Indy 500 winner, said.

Defending champion Juan Montoya (Team Penske) said the rival Honda team’s pace did not surprise anyone however he was alarmed by the race pace of the Japanese-powered teams.

“I was surprised with the race pace last week. Everybody was saying Chevy was sand-bagging but we weren’t,” Montoya told Speedcafe.com.

“They were really quick. I think Chevy has done a great job with their race engine.

“We put our race engine in on Monday and they made a hell of a step. It’s exciting to leave the pits and go ‘ho ho, I’ve got some power’.”

Honda star Graham Rahal said some of the his fellow Honda-powered teams which had complained of a disparity before the month of May started, have been forced to eat their words.

Rahal, who will start from 26th one position in front of Pirtek Team Murray driver Matt Brabham, said his Rahal-Letterman-Lanigan squad had avoided engaging in any sniping about parity.

“I don’t think you saw us complaining that much. Everybody who did complain is probably eating their words a little bit,” Rahal said.

“I’ve always stayed confident with Honda. Yeah we’ve had our butts kicked the last couple of years and it’s frustrating.

“As a driver the greatest thing you can have is manufacturer support and we’ve had that from Honda.”