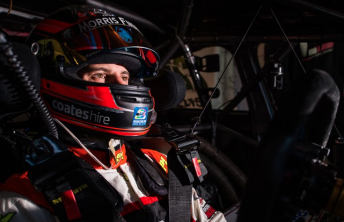 Nick Percat will contest the opening round of the new Australian Endurance Championship at Phillip Island this weekend.

Percat has already driven the car having joined Rullo and Scott Andrews at this year’s Bathurst 12 Hour.

The team’s campaign was short-lived when Percat was caught up in an opening lap incident that resulted in an early retirement.

Percat is keen to contest the full four-round championship which will join V8 Supercars at Sydney Motorsport Park in August 24-26, before visits to Hampton Downs and Highlands Motorsport Park in New Zealand in October and November. 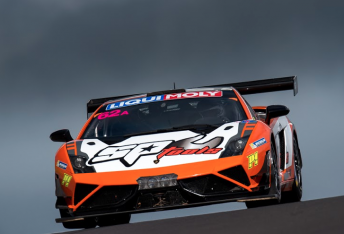 Percat last drove the Lamborghini at the Bathurst 12 Hour

“It should be a cool experience,” Percat told Speedcafe.com.

“I’m only doing the endurance part and I don’t think I will drive the car until Sunday morning which will be a bit interesting.

“We tested at Phillip Island before the Bathurst 12 Hour but to drive something with a lot of grip and aero is quite different to a V8 Supercar.

“Anything is possible in the race but the pace at the front is going to be fast,” he added.

“We have discussed competing in the other rounds but we haven’t locked anything in yet.

“I’d like to try and get myself in a car at each of the rounds.”

Tander will team up with Steve McLaughlin in a Jamec Pem Racing Audi R8 GT3, while Van Gisbergen will drive a McLaren 650S GT3 alongside Klark Quinn.

The Victorian circuit will also welcome a trio of international stars with factory Audi driver Marco Bonanomi and DTM stars Bruno Spengler and Miguel Molina all in action.

Percat says he is looking forward to testing his skills against some of Europe’s elite.

“It is great to have those guys come over. It lifts the profile of the whole thing,” added Percat.

“It is going to be cool to be in a similar car to compare against them.”

A 32 car field has entered for the sprint races with 30 cars set to do battle in Sunday’s 101 lap enduro.