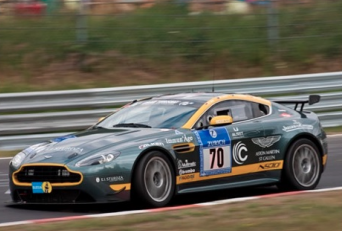 A quartet of Australians are gearing up to tackle the gruelling Nurburgring 24 Hours endurance epic this weekend.

Nurburgring veterans Mal Rose, Peter Leemhuis and Ric Shaw are all set to return to Germany’s notorious 20.8km circuit for another tilt at the annual twice around the clock classic.

Rose is set for his 13th consecutive appearance in the event having earned a call-up to the Aston Martin supported AF Racing AG/R Motorsport squad.

The 53-year-old will once again team up with countryman Leemhuis and Swiss driver Dr Andreas Banziger.

Last year the operation won the SP8 class after competing 123 laps of the challenging circuit.

This year there are nine cars in the SP8 class with more than 150 entries expected to feature in the race overall.

Endurance specialist Shaw will join forces with British team Saxon Motorsport in the AT class.

The Sydney racer will share the BMW 135d alongside Brits Dave Cox and Nick Barrow.

Bamber will be among the favourites for outright honours as he joins the factory Porsche Manthey Racing squad behind the wheel of a new 911 GT3 R.

The 25-year-old will share the car with his winning Le Mans 24 Hour partner Nick Tandy alongside Patrick Pilet and Kevin Estre.

Fresh from his V8 Supercars outing with Super Black Racing at Winton, Stanaway will pilot a works Vantage GT3, which he will share with Jonny Adam, Fernando Rees and Mathias Lauda.

Veteran Kiwi racing driver Wayne Moore is preparing for his 22nd start in the annual event in an SP8 class BMW 335i. Fellow countryman Michael Eden will also be part of the four driver crew.