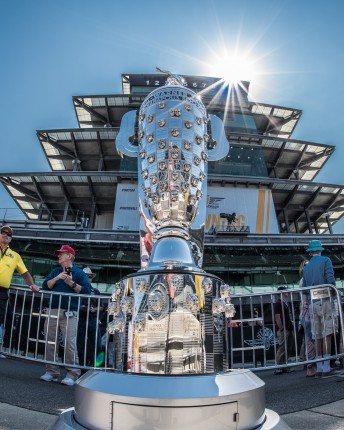 The famed Indianapolis Motor Speedway will play host to the 100th running of IndyCar’s 500 mile showpiece this weekend.

Since the inaugural race in 1911, won by Ray Harroun, the 4km oval has provided the backdrop for one of world motorsport’s crown jewels.

This year ‘the greatest spectacle in racing’ will celebrate its 100th race with a 33 car grid primed for IndyCar’s glittering prize.

Renowned for its unpredictability the 200 lap epic has also produced its fair share of commanding victories, dramatic finishes and unlikely winners.

With this year’s field now set this week’s Pirtek Poll asks who will win the 100th Indianapolis 500?

Schmidt Peterson Motorsports James Hinchcliffe will start from pole position just a year on from a life threatening crash in practice at the venue.

The Canadian will start alongside Josef Newgarden and Andretti Autosport’s Rayan Hunter-Reay.

Power, who will start from sixth, was the runner-up last year having finished behind team-mate Juan Pablo Montoya.

Competing in his maiden Indy 500, Brabham has produced solid performances throughout practice and qualifying and will start from 27th on the grid.

Penske has been victorious on 16 occasions at the Brickyard and will again be among the contenders, with Simon Pagenaud, two-time winner Montoya and three-time winner Helio Castroneves.

The trio will start from eighth, 17th and ninth respectively.

Chip Ganassi Racing will be expected to shine with the team led by former winners Kiwi Scott Dixon and Brazil’s Tony Kanaan.

Register your vote in this week’s Pirtek Poll below