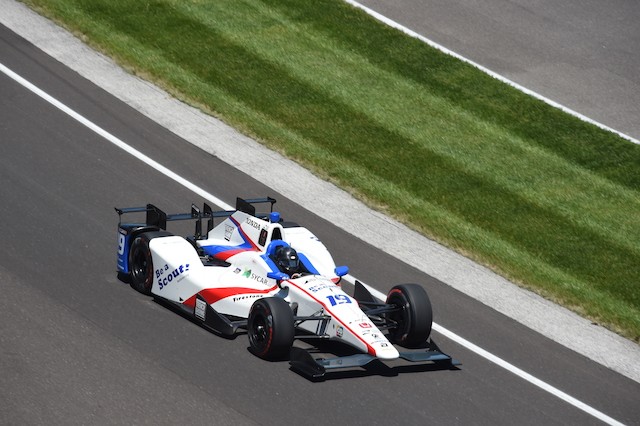 Gabby Chaves has led the field in Practice 4 at Indianapolis

Gabby Chaves has climbed to the top of the field after the completion of Practice 4 in preparation for the Indianapolis 500 on May 29.

However a true barometer of pace will not be revealed until the Fast Friday Practice 5 session begins tomorrow morning (AEST time) when IndyCar will allow teams to increase their turbo boost, giving cars between 29-37kW of extra power.

Another Coyne runner, Conor Daly was fourth best ahead Chip Ganassi’s Charlie Kimball who was the best of the Chevrolet-powered drivers.

Rahal/Letterman/Lanigan rookie driver Spencer Pigot was confined to the garage for most of the session before being released into the action late.

Matt Brabham’s maiden week of practice saw him finish the session in 30th after putting down another big chunk of laps while his Pirtek Team Murray crew concentrated on experimenting with set-ups.

Brabham turned 97 laps of the 4km super speedway in final preparations for his car to start shedding downforce for the Fast Friday Practice 5 ahead of the first of the weekend’s two qualifying days.

“Tomorrow, we’ll be working on the qualifying side of things through Fast Friday,” Brabham told Speedcafe.com.

“Obviously, the weekend is pretty important in terms of securing a good grid position for the race.

“There’s a bit of work to do tomorrow, it is pretty important for us, I am still very positive with the direction we’re heading and I think it will be a good day, which will then position us well for the weekend.”

See below for full Practice 4 results 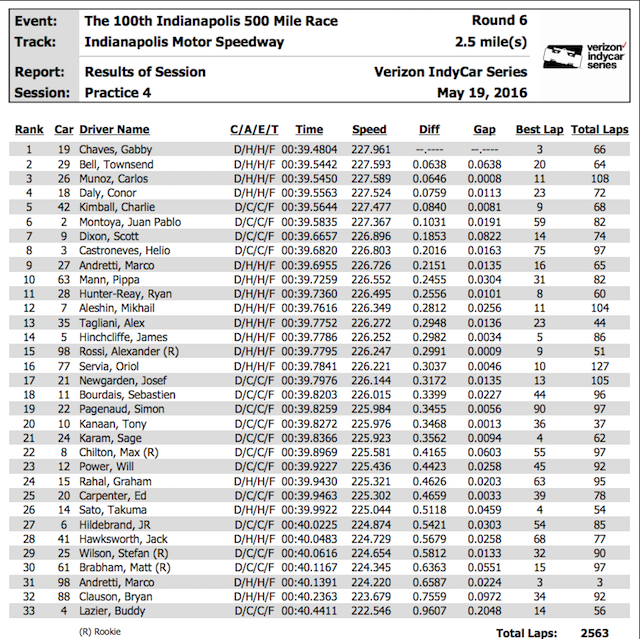