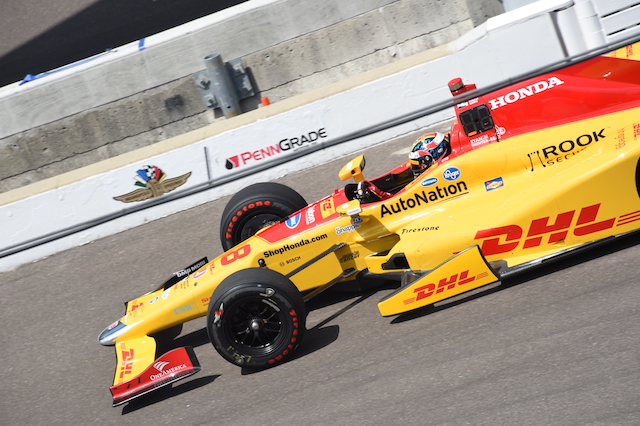 Ryan Hunter-Reay continued the pacesetting form for Andretti Autosport by topping Practice 3 for the 100th running of the Indianapolis 500 scheduled for May 29.

“We’re working through things with our set up; some qualifying things and some race things,” Hunter-Reay said.

“It’s been a fun day, a challenging one at times.

“When that wind switches around, it certainly throws you for a loop, but I was definitely pretty happy with the car there at the end.”

Carlos Munoz made it an Andretti Autosport double for Honda at the top by registering the second fastest speed around the 4km super speedway in 228.06 (367.02)

Will Power was the best of the quartet of Team Penske Chevrolet drivers by setting the third best speed in 227.73 (366.49)

Josef Newgarden (Ed Carpenter Racing) jumped into fourth late in the run ahead of Dale Coyne Racing fastman Gabby Chaves, who continued his promising build-up ahead of the leading Chip Ganassi driver Charlie Kimball, while Andretti’s Townsend Bell was next best. Rookie Spencer Pigot (Rahal/Letterman/Lanigan) became the first driver to crash when he escaped injury after collecting the wall after completing 39 laps.

Dome skids have been added to the undertray of cars this year and NASCAR-style flaps implemented in an effort to lessen the chances of machines taking flight in a repeat of several frightening crashes last year. 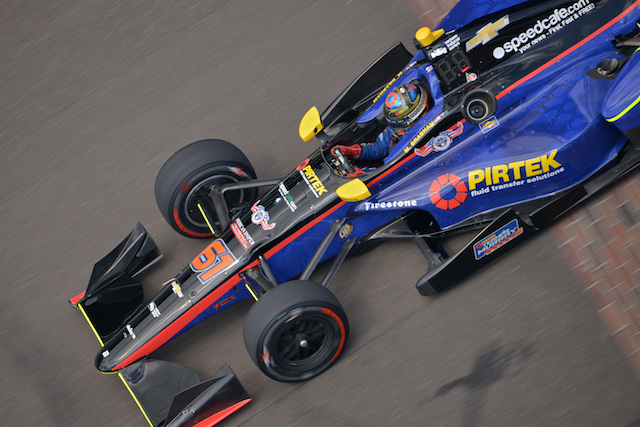 Brabham completed the most laps of any driver in the six-hour session, turning 126 tours in the Pirtek Team Murray Chevrolet.

However in lap speeds without any drafting tow, Brabham was the 10th fastest of the field and the second best of the rookies behind Rossi (fifth) with Newgarden registering the best overall no-tow lap.

“Running in the pack is a lot more hairy, but I felt okay,” Brabham told Speedcafe.com.

“There’s some work to do on my side of just learning how to time things right and run in traffic and I think there’s a lot we can improve on the car to help that.

“For the rest of the week, getting me up to speed in this area is going to be one of our main goals and of course making sure our race car is at the top level.”

A further six-hour practice session awaits the field tomorrow ahead of the two big days of weekend qualifying.

See below for Practice 3 results 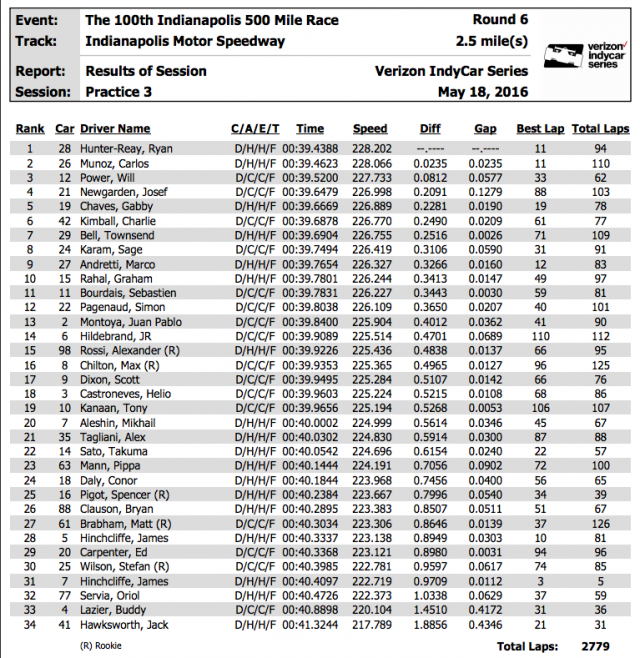