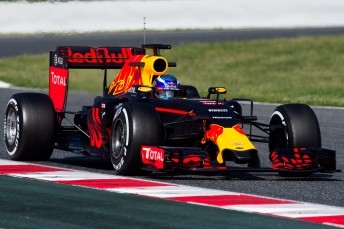 The Dutchman took over the testing duties from Ricciardo who recorded 89 laps on Tuesday.

The Belgian’s time came after a run on super-soft compound rubber as the Woking team continued to trial a range of new upgrades.

Pascal Wehrlein posted the third fastest time following his late call up to drive for Mercedes as a replacement for Esteban Ocon.

The world champion team felt it needed a driver with more experience to evaluate new developments.

Toro Rosso’s Daniil Kvyat was sixth as he continued to adapt to his new surroundings. The Russian did however bring out the red flags when his car ground to a halt on the circuit in the afternoon.

GP2 driver Jordan King caused the only other stoppage when he ran wide and kicked up gravel on the circuit which required officials to sweep the section of track.

The Brit completed the session in 10th behind Force India’s Alfonso Celis, Renault’s Kevin Magnussen and the Williams of Felipe Massa.