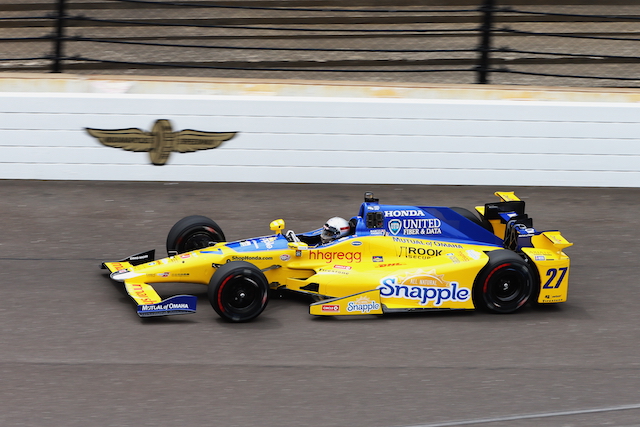 Marco Andretti has aced the field following the opening day of practice for the 100th running of the Indianapolis 500.

“I know how this month goes. It’s definitely a roller coaster, so we’re prepared for that, but it’s a good opening day,” Andretti said.

“I think our team in particular looks pretty stout because we looked at the weather and moved things forward on the test plan from later in the week.”

“It was an eye opening experience this morning and I think we had a pretty successful first day,” the leading rookie Rossi said.

“The biggest thing is the group running. On my own getting up to speed is not a problem. Running as a pack at the end is interesting.”

Chip Ganassi star Scott Dixon broke what would have been an Andretti whitewash at the top by finishing fifth fastest in 226.83 (365.04) to push Townsend Bell, making a now customary cameo for Andretti, to sixth.

The session ran smoothly until inside the final 20 minutes when the caution was flown for debris on the track before it went green for the final 11 minutes.

Drivers will be permitted to turn up turbo boost on Friday during Practice 5 ahead of qualifying weekend.

See below for Indy 500 Practice 1 results 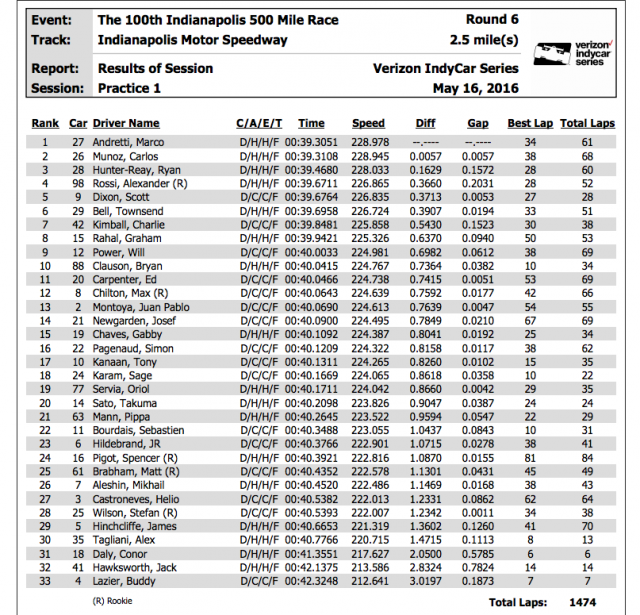