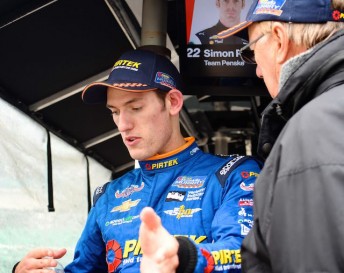 Matthew Brabham embarks on his quest to qualify for the 100th running of the Indianapolis 500 early tomorrow morning (AEST).

Brabham will undertake the mandatory Rookie Orientation for the May 29 race across a two-hour period as the first of five consecutive days of practice begins.

The 22-year-old will be asked to put his Pirtek Team Murray Chevrolet through a series of stages which represent incremental speed increases.

Brabham completed a successful IndyCar debut in the Angie’s List Grand Prix on the Indy road course, finishing 16th after holding his own in traffic against star front-runners including Will Power.

The Pirtek Team Murray squad was devised by Speedcafe.com owner Brett Murray for the special two-race program which will see the Brabham name revived at The Brickyard.

The last time a Brabham competed in the 200-lap Indy 500 was Matt’s father Geoff in 1993 after he failed to qualify for Team Menard the following year.

Young 22-year-old Brabham’s car will carry the #61, reflecting the year his grandfather Sir Jack Brabham competed in the first of four attempts at Indy when he launched the rear-engine revolution.

The massive build-up to the Indy 500 will see provisional qualifying for a 33-car grid capacity held on May 21 followed by starting positions set the following day.