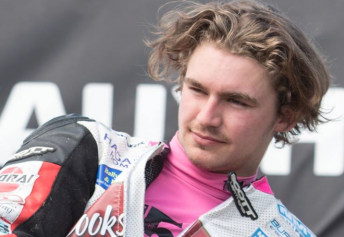 British rider Malachi Mitchell-Thomas has been killed in a crash at the North West 200 motorcycle races in Northern Ireland.

The 20-year-old from Lancashire crashed his Cookstown BE Racing team machine while fighting for a podium finish on the third lap of Saturday’s Supertwin race at the prestigious road race event.

The race was red flagged before organisers elected to cancel the heat as medical crews attended Mitchell-Thomas, who succumbed to injuries at the scene.

Mitchell-Thomas had only embarked on the road racing scene two years ago but had already turned heads by scoring a second place finish in the Newcomers race at the Manx Grand Prix last year.

He had been enjoying a strong North West 200 campaign after recording a fourth in the Supersport race.