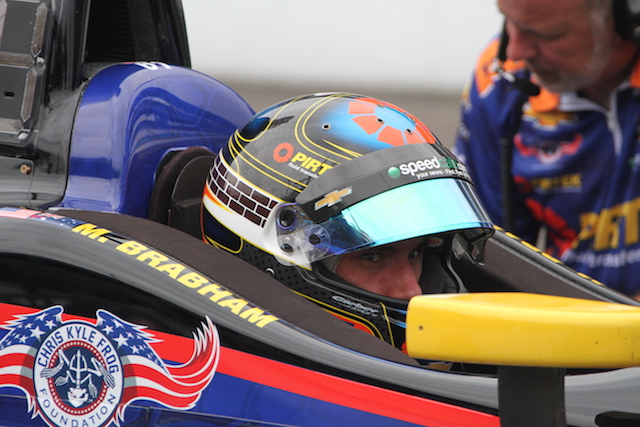 The fledgling Pirtek Team Murray squad will intensify its resolve to erase any shortcomings in a bid to give Matt Brabham a decent shot in qualifying for the Angie’s List Grand Prix at Indianapolis.

Brabham was starved of crucial track time during the opening two practice sessions as he starts the first of a twin race IndyCar program which culminates with the 100th running of the Indy 500 on May 29.

He completed just three laps in Practice 1 after the hub on the left rear was damaged when a wheel nut worked free. He then had intermittent runs in Practice 2 after problems with the Chevrolet’s brakes before winding up 24th, 1.1s off the fastest time.

Andy Brown, engineer for the #61 Pirtek Team Murray machine, said while it was frustrating Brabham displayed tenacity by making large inroads once on track.

“It is a little bit frustrating to be fair. It was a new bit of equipment, but we weren’t able to give Matt what he needed and that was pounding around doing laps,” Brown explained to Speedcafe.com.

“Once we did get it there and got him cycled into the program and gave him what he needed, he started taking chunks of time out.”

The sister KV Racing Chevrolet of Sebastien Bourdais was fourth in Practice 2 with Brabham just one second off the full-time series driver’s best lap.

“Matt was only a second off the pace of our sister car which was up the front of the pack and we were down the back.

“So there’s more to come and we’ll work with Matt to get everything right to move up the field come qualifying.”

“For a kid of 22, he is doing an amazing job to take all this in and still give us the feedback we need.

“We’ve blown the cobwebs out and let’s concentrate on getting the job done from here.

“This morning’s issues cost us a lot of laps and the boys worked hard to get the brakes right during the second session.

“We need to work harder to allow Matt to show what he can really do. He’s got a good feel for the car and kept everyone motivated right throughout the day.”

The first part of qualifying for the 82-lap Angie’s List Grand Prix on the Indy road course starts at 5am (AEST) tomorrow. 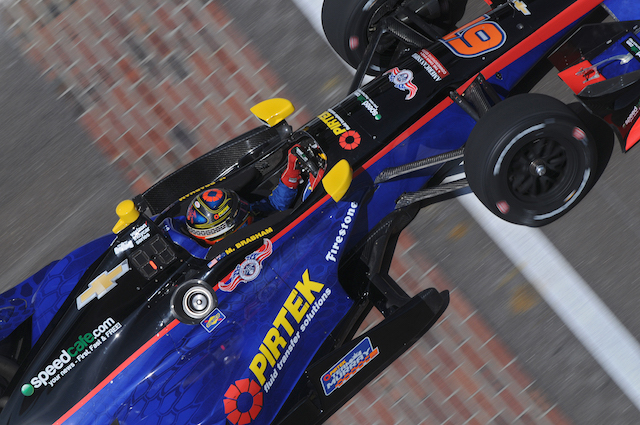