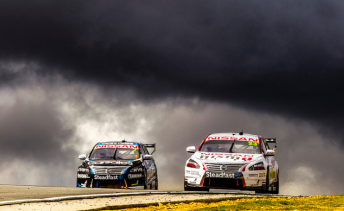 Nissans on track at Barbagallo

Nissan Australia CEO Richard Emery says that Volvo’s decision to exit V8 Supercars should not be seen as a crisis point for the category.

Volvo’s shock decision follows Ford’s high profile withdrawal at the end of last year and comes while Nissan and Holden weigh up their futures in the sport.

Although the Volvo news arrived just weeks before Nissan’s own global management is expected to make its call on the category, Emery says it won’t have a direct impact on his ongoing discussions.

“From our perspective it certainly doesn’t change what we’re going through at the moment,” Emery told Speedcafe.com.

“It may be that I’m asked a few more questions from the stakeholders involved about why maybe Volvo would have made that decision.

“But in terms of the integrity of the championship and the sport itself, it’s two cars out of 26 that now find themselves in a difficult circumstance.

“Ultimately as everyone saw on the weekend, the sport is in pretty good condition in terms of the actual racing, how close it is and the variability of results.

“So from that perspective, in terms of a sport that delivers on some of the things that a sponsor or a manufacturer wants to get out of it, it still offers those things.

“I hope we’re all mature enough to put it in that context. It’s unfortunate, but does it fundamentally shift where the category is at? I don’t think so.”

Although Nissan will stay with its 5.0 litre V8 and Altima bodywork if it recommits, Emery believes the category is on the right path with its more inclusive Gen2 rules.

A lack of uptake for Gen2 has seen early discussions of a longer term ‘Gen3’ plan, which although yet to take shape, has been slated for introduction in 2022. 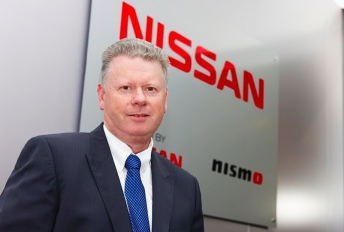 Some observers have suggested a wholesale move to GT3 regulations, which is attracting bulk manufacturer involvement throughout the world.

Despite Nissan and V8 Supercars’ involvement in GT3 through the Bathurst 12 Hour, shifting the touring car class to a GT format isn’t something Emery believes should be entertained.

“There might be a tipping point, but I don’t see it in the near future,” he said of adopting GT3 rules.

“In terms of mainstream public support of the sport, I think that would be a step too far.

“The flexibility exists with Gen2 to give the category every opportunity to keep itself robust.

“My only suggestion is that we need, particularly in terms of investment levels if you’re going to move from one platform to another, is time to get that investment return.

“It’s nice to have a talk about Gen3, but as long as that’s way in the future and that the people who are investing now can see a long period of time where they can get a return on a platform.

“That’s the only thing I would caution them on and I think they’ve heard and understand that.”

Emery dismisses any suggestions that the current shape of the new car market threatens to make touring car racing irrelevant.

While just 241 Altimas have been moved so far this calendar year, Emery says that V8 Supercars has high appeal to its key buying demographics.

“The days of going into the sport thinking that if you compete on the weekend it’s going to have a direct response on how many cars you sell are well gone,” he said.

“For us, this sport resonates really quite strongly with our demographics around our SUV (Sports Utility Vehicle) and LCV (Light Commercial Vehicle) business.

“The sport works for us with our current line-up regardless of how many passenger cars we sell.”