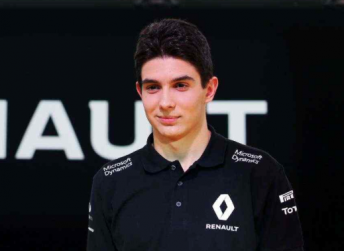 Esteban Ocon will receive an outing in the Mercedes W07 at next week’s post Spanish Grand Prix test at Barcelona.

The reigning GP3 champion has been selected by the world champion team alongside championship leader Nico Rosberg for the two-day hit out from May 17-18.

Ocon will split his duties between Mercedes and Renault with the Frenchman set to drive for the latter on Tuesday before switching to the Silver Arrows.

The talented 19-year-old has been loaned from Mercedes to the Renault operation this season where he has taken up the role of reserve driver.

Ocon is set to receive his first free practice outing with Renault this weekend.

McLaren has elected to field Stoffel Vandoorne for one of the days with the Belgian set to share the car with regular driver Jenson Button.

Meanwhile, Williams has confirmed that it will field development driver Alex Lynn for his first run in the car alongside Felipe Massa.

Mexican driver Alfonso Celis Jr. will conduct both days of the test for Force India.

The remaining teams are yet to confirm their driver line ups, while Sauber announced earlier this month that it would not be taking part.