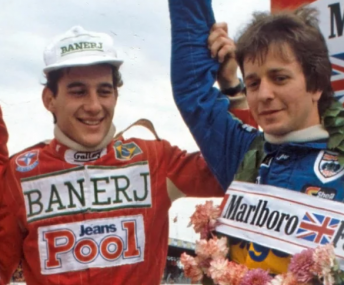 A fresh documentary featuring the titanic pre-Formula One battles between Ayrton Senna and Martin Brundle has been released online.

The film features footage of the 1983 British Formula 3 season when Brundle and Senna won 19 of the 20 races between them which paved the way for their respective grand prix careers.

Maker Mario Muth decided to produce the doco after speaking with the director of the critically acclaimed film Senna, Asif Kapadia.

Kapadia’s Senna was released in Australia in July 2011 and while it was widely regarded as a masterpiece, it did not include the three-times World Champion Brazilian’s pre-F1 exploits.

The film has been released on Vimeo and can be purchased and downloaded as a 4K file.

See below for a sneak peak