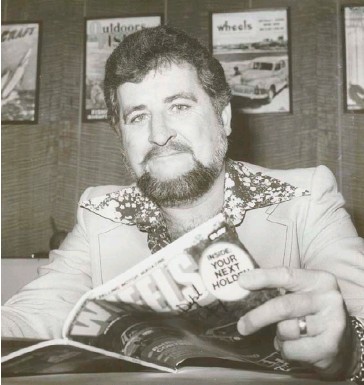 Aged 80, Tuckey was a colourful, informed and engaging captain of Australian motoring journalism.

One of the grandfathers of the industry in this country, Tuckey played a major role in planting the seeds for motoring sections in major newspapers.

It has been said over the years that motoring journos in Australia owe Tuckey a great debt of gratitude for the path he forged and fertilised in the media.

As was a prerequisite with his generation, Tuckey would also compete in car races, having several starts in the Bathurst 1000.

Among his many works, Tuckey authored the Chevron publication, Australia’s Greatest Motor Race – The Complete History that would see an annual Bathurst book published.

Tuckey was a former Wheels magazine editor and for many years penned the column of Romsey Quints, his alter ego.

He also served as motoring editor at several newspapers including The Courier-Mail and The Age.

His enormous body of work saw many books which included Australians and their cars: 100 years of motoring, The Great Race volumes, The Rise and Fall of Peter Brock, The Sound and the Fury – 100 years of motorsport in Australia and The Unforgiving Minute – Dick Johnson: the real story of a folk hero.

Former colleague and longtime head of Racing Car News, Max Stahl said Tuckey was an icon of the industry.

“Bill was someone special, an icon in our field of motoring and motor sport journalism, with talents unsurpassed, an inspiration to us all, who wrote to inform and entertain and achieved both in exemplary fashion,” Stahl reflected.

Tuckey’s health took the first of several turns for the worst when he suffered a stroke in Melbourne in 2010.

He was inducted into the V8 Media Association Hall of Fame several years ago and earlier this year he won a Media Services award at the CAMS Night of Champions dinner.

Tuckey is survived by his wife Marcia, son Stuart and daughter Elisabeth.

Speedcafe.com offers its condolences to Tuckey’s family and friends.