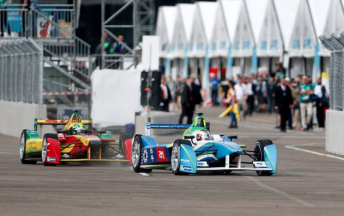 Formula E will no longer visit Moscow this season

The FIA Formula E Championship has abandoned plans to host a race on the streets of Moscow next month.

The all electric series had been set to contest the ninth round in Russia but a clash between city officials over the reluctance to make certain road closures has forced the cancellation of the June 4 meeting.

Formula E officials investigated the possibility of staging an event at Monaco as a replacement for Moscow, but this proposal failed to receive the green light.

Monaco hosted a Formula E round last year on a shortened version of the famous Formula 1 street circuit.

“While it is unfortunate news not to race in Moscow on June 4, we looked at a number of alternative options as a replacement but were not able to find a viable solution on that specific date,” said Formula E CEO Alejandro Agag.

“We explored all possibilities including returning to Monaco, but regrettably couldn’t organise the change of venue on such short notice.

“I’d like to express my thanks to HSH Prince Albert II of Monaco, Mr. Michel Boeri, and the Automobile Club de Monaco who did their utmost to see Formula E return to the streets of the Principality for season two.

“We will now focus on the three remaining races in Berlin and the double-header in London, which I’m sure will deliver a thrilling conclusion in the battle for the championship.”

Formula E will head to Berlin for the penultimate meeting of the season on May 21.