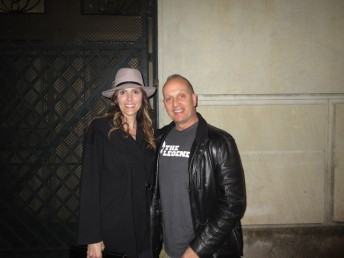 Wasilewski served in the 46th Precinct of the South Bronx and has made over 3000 arrests in a career that also saw him as part of the massive rescue and recovery team at Ground Zero following the attacks on the Twin Towers on September 11, 2001.

There will be a total of seven crew members who will take part in the pit challenge that will be held on Miller Lite Carb Day on May 27, two days before the 100th running of the Indy 500.

The crew will comprise of military veterans and first responders who will go up against full-time, professional IndyCar crews.

The unique concept is being backed by Warner Bros. Home Entertainment that will allow Pirtek Team Murray charity partner the Chris Kyle Frog Foundation to host up to 500 military and first responder representatives at Indianapolis this month. “This concept is unique and it will allow a number of guys and girls to come together and form a team to hopefully get PIRTEK Team Murray to victory lane in the Pit Stop Challenge,” Wasilewski, who retired from the NYPD with 200 medals and awards, said.

“Everyone knows what Chris Kyle did for America and Taya is carrying on his legacy with such dignity and class. I’ve had the chance to meet with Taya on several occasions in New York and she is an amazing American.

“My career in the Police Department was through some of the most dangerous times in New York’s history. Period.

“I’ve been up against some of the biggest and baddest ‘bad guys’ that had ever been in the city. Our training always drilled into us to keep calm in the face of adversity.”

“That training is going to come in handy when standing waiting for the PIRTEK Team Murray racecar to come at me.”

Brabham is scheduled to make his IndyCar Series debut in the Angie’s List Grand Prix on the Indianapolis road course on May 14 ahead of the Indy 500 on May 29.

The remainder of the Pit Stop Challenge crew will be announced over the next week.