Nissan approached by ‘every team’

Nissan approached by ‘every team’ 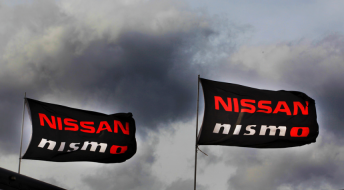 Nissan Motorsport co-owner Rick Kelly has no doubts that the manufacturer has been courted by rival teams as it continues to weigh up its future in V8 Supercars.

The spotlight is now on Nissan and fellow yet-to-commit manufacturer Holden following Polestar’s shock global directive for Volvo Australia to end its investment in the category.

A decision from Nissan is expected in June following the recent appointment of new global management at Nismo.

Nissan’s Australian arm is thought keen to continue, most likely with the current Altima body shape and V8 engine, but will need full sign-off from head office in order to do so.

Speaking to Speedcafe.com at Phillip Island, Nissan Australia CEO Richard Emery made clear that which or how many teams it supports is “a seperate discussion” to that of its desire to be involved.

The scenario leaves ongoing uncertainty for the Kellys, who have fielded Nissan’s sole four-car V8 Supercars squad since the manufacturer entered the category in 2013.

While changing teams would mark a major upheaval for Nissan and is thought to be an outside prospect, there are a glut of operations without factory backing that could swoop on a deal.

“I’m sure that every team up and down pitlane has asked the question of them (Nissan), that’s what the pitlane is like,” Kelly told Speedcafe.com.

“But for us it’s not worth entering into any of that. I think we do a very good job running the program for Nissan, especially on the commercial side.

“The racing side, we’ve really just done a development program for them to date and we need to deliver some stronger results on the track.

“Right now our focus is on doing the best job we can and I think this year we’ve had a good step forward and shown that we’re progressing in the right direction which is positive and helpful with where we’re at in discussions.” Todd Kelly’s Nissan in the pack at Phillip Island

Confident that it will reach a deal with Nissan, Kelly says his team has not looked at ‘Plan B’ options for 2017.

He stresses, however, that he and brother Todd remain committed to running their V8 Supercars team regardless of Nissan’s decision.

Kelly Racing ran Holdens for four years since its establishment in 2009 before securing the factory Nissan deal.

The team invested heavily in making its workshop self-sufficient, structuring the business around the four-car model it has run since its inception.

“It would be very difficult, but anything is possible,” said Kelly of the prospect of changing manufacturers.

“If you have a look at any of the bigger operations up and down pitlane, you can walk in, write a cheque and get their equipment overnight and away you go.

“We haven’t looked at or considered any of that. Our focus is on what we’ve got.

“But if it comes to that we’ll sit in the room and work out the best way forward.

“We love V8 Supercars, love the sport and we wanted more from ourselves than just being drivers.

“We want to be team owners and whatever that takes in the future we want to continue being in the sport and running cars.

“From our point of view, having different manufacturers and different cars and teams is important.

“We don’t want to be in a one make series where everyone buys their cars off one team. What’s the point?

“That’s why we went out on our own and gave it our best shot. We want to continue down that path.”