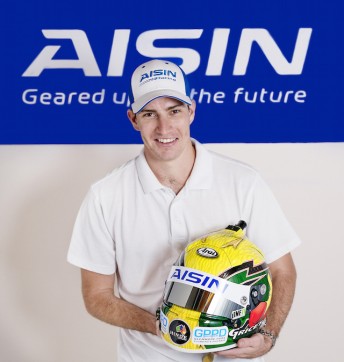 Second generation racer Ben Grice will make his debut in the new Australian Toyota 86 one-make series which kicks off at Winton from May 20-22.

Grice will run in a team put together by well-known motorsport identity Bruce Williams with backing from automotive parts giant AISIN.

Williams has committed to running the full five-round series, which runs on the undercard to the Virgin Australia Supercars Championship, as well as forming a young driver development program for the Toyota series.

“I’m committed to discovering and developing young drivers via our AISIN 86 program, so our program will be one of supporting Ben for this season while at the same time giving some track time to a young driver for our future program,” Williams said.

“I have also been fortunate to get the Grice/Small partnership back together, with Les Small supporting the engineering side of the program,” Williams said. 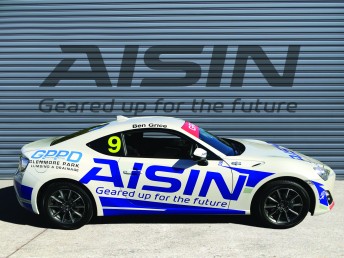 Young Grice was a prolific winner at the Shannons Nationals which included a record 12 consecutive wins in the National Saloon Car Super Six Championship.

“We have a unique package with Les Small, because not only because he has already worked with Ben in the Super Six Series, but Les also worked with Allan in his glory years,” Williams said.

“Les built the Group A VK Commodore that Allan campaigned in the 1986 World Touring Car Championship.

“And ultimately it was Les’ engineering and set-up skills that built the 1986 Bathurst 1000-winning Chickadee Commodore with Allan and Graeme Bailey behind the wheel.”