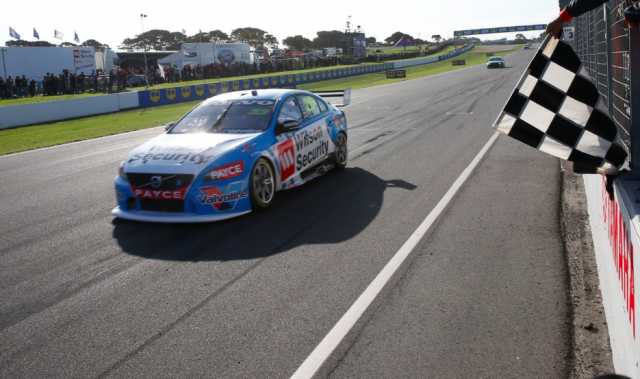 Volvo will pull its support of GRM at season’s end

Volvo Car Australia has confirmed that it will not support Garry Rogers Motorsport next season following a global directive from Polestar.

Polestar, which is responsible for motorsport activities across the Volvo Car Group worldwide, sent out a statement this evening confirming it has elected against continuing in the category.

Director of Corporate and PR at Volvo Car Australia, Greg Bosnich, told Speedcafe.com that the local arm of the company must abide by the global decision.

“We are a national sales company for the Volvo Car Group. Overall we are in this together,” Bosnich told Speedcafe.com.

“Certainly from a local point of view we have built up this fresh relationship with a number of partners including Garry Rogers, Wilson (Security) and the like.

“From a personal point of view it’s a disappointment however it’s a business decision.

“Strategy and business objectives are asking to focus on other technologies and that’s the decision.

“The beauty of it is we’ve still got Volvos on the starting grid until the end of the year, unfortunately not from 2017.”

GRM is expected to continue to race Volvos next season regardless, with talks ongoing to finalise an engine deal with current supplier Cyan Racing.

“I think whatever the decision Garry makes from that point of view is a decision for GRM and discussions will take place on that for Garry to decide what he wants to do,” continued Bosnich.

“From our point of view the decision is we look forward to having a good 2016 and we will be on the starting grid in full guise but unfortunately it won’t be in 2017 because of the decision that has been made.”

“It is a disappointing decision by Polestar especially given the positive discussions being held locally about Volvo’s continued involvement in the series,” said Warburton.

“However we understand that ultimately this was a global decision.

“We have really enjoyed the association with Volvo and the success they have enjoyed in Supercars.

“Garry Rogers Motorsport has indicated that it is committed to race Volvos in the 2016 and 2017 seasons and we will continue to have discussions with Volvo Car Australia about its ongoing involvement in the sport.”

Next Story Volvo V8 Supercars and engines recalled to Sweden