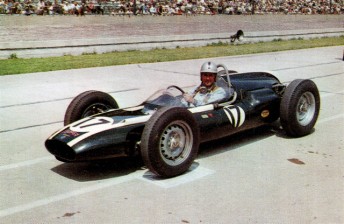 The late Sir Jack Brabham has been honoured on a list naming the 100 most important people in the history of the Indianapolis 500.

Brabham was instrumental in influencing the switch from front to rear-engine machinery for Indy cars when he first tackled The Brickyard in 1961.

The triple World Formula 1 champion’s Kimberly Cooper T54 was the only rear-engine car in the 1961 race and by 1969, there were no front-engined cars in the field.

While not successful in his four attempts in the Indy 500, Brabham left an indelible mark on the country’s most famous motor race.

This year the Indy 500 will be staged for the 100th time with Sir Jack’s grandson Matthew Brabham making his rookie start in a Pirtek Team Murray entry which fittingly carries the #61.

Young Brabham, 22, says it is a privilege to become the third generation from his famous family after his grandfather and father Geoff Brabham to race in the Indy 500. 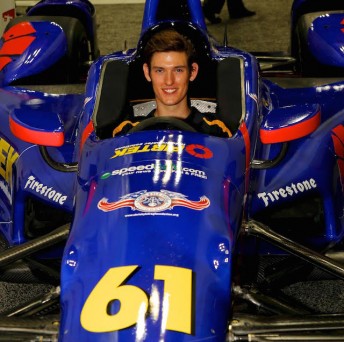 “We have been involved in several major activities in recent weeks around the 500, which has been amazing, but to see my grandfather on the list of the 100 most important people in the history of Indianapolis 500 is really surreal,” Matthew Brabham said.

“When you go through that list there are some amazing names in front of him and behind him.

“I continually find the history and stories of the 500 and the Speedway so interesting.

“I know my grandfather would be have felt quite honoured to be on that list and have his contribution to the rear-engine revolution recognised in such a manner.

Matt will become just the third third generation driver in the Indy 500 alongside the famous Vukovich and Andretti clans.

The top 100 list was compiled by journalist Curt Cavin from the Indianapolis Star and USA Today.

The list was topped by Tony Hulman, who purchased the track in 1945 and rejuvenated the venue after it had deteriorated during the war years.

The Hulman-George family maintain ownership of the Speedway to this day and have just completed another multi-million dollar upgrade of the facility in time for this month’s 100th running, which is set to draw the biggest crowd in the race’s history.

THE 100 MOST IMPORTANT PEOPLE TO THE INDIANAPOLIS 500