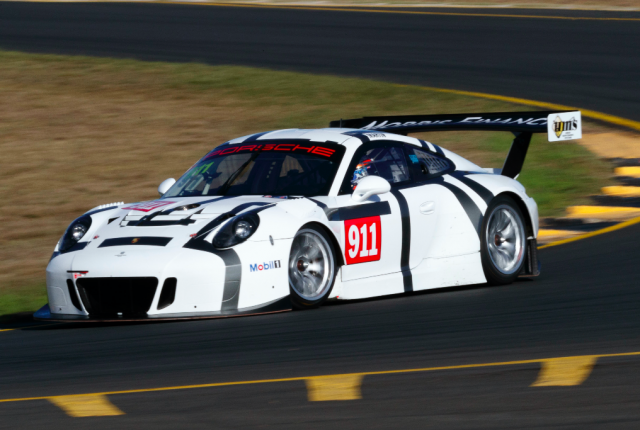 The GT3 R in action at Rennsport

A multi-car expansion, a factory backed assault on the Bathurst 12 Hour and international forays are all part of Walkinshaw Racing’s plans for its new Porsche GT3 team.

The GT3 arm of the famous V8 Supercars squad made its public debut at the weekend’s Porsche Rennsport Festival at Sydney Motorsport Park.

Lead driver John Martin completed a series of demonstration outings aboard the team’s recently imported GT3 R, which will make its Australian GT Championship debut this weekend in Perth.

The GT team has been built utilising staff and equipment left over from the recent restructuring of its V8 Supercars program from four cars down to two.

While only running one Porsche this season, a further two have already been tentatively earmarked for the team in a second batch of GT3 R builds due to take place later this year.

Walkinshaw Racing managing director Adrian Burgess oversaw the first car’s running at Rennsport and is excited about the potential of the GT team.

“I doubt it will remain a one car team for long,” Burgess told Speedcafe.com of the team’s plans.

“The interest we’ve seen since announcing the program, especially on the weekend now that they can see the car in action, has been staggering.

“Nothing is concrete but I’ll be amazed if we’re not at Bathurst with more than one car next year.”

Walkinshaw’s Australian GT program is purely a customer effort, with Porsche providing no monetary input for the privately owned car.

Burgess explains that the car is running with Porsche’s factory livery for Rennsport and Perth as a ‘thank you’ to the company for its technical assistance.

While Porsche Cars Australia remains focussed on its Carrera Cup championship, the company’s public relations manager Paul Ellis hints that a factory backed assault with Walkinshaw on next year’s Bathurst 12 Hour is likely.

“Porsche through its motorsport department internationally has acknowledged that the Bathurst 12 Hour is becoming an increasingly important event,” Ellis told Speedcafe.com.

“There are a number of different brands that are involved with factory support and the glaring admission at the moment is Porsche.

“We are proud of our GT racing heritage and I think that is something that will be addressed going forward.”

Keen to foster the relationship, Burgess says he’s been encouraged by his dealings with Porsche to date.

“The support they’ve given us is great,” said Burgess of Porsche, which dispatched a factory engineer to Sydney Motorsport Park for the weekend’s running.

“At the moment the drivers are our drivers, but there is the capacity to use factory drivers, engineers and staff as and when we need to.

“I can deal directly with the people that I need to in Weissach and Porsche Australia have been fantastic and help on a local level as well.

“But there’s a direct line to the people who oversee the program globally. There’s good communication between us and them.”

Burgess meanwhile says that the potential to race with its equipment overseas contributed to the company’s decision to move into GT3.

While regional events such as the Sepang 12 Hour are expected to see a growing number of Australian entries in future, Burgess notes his team could compete even further afield.

“The fact that we can race this car anywhere in GT3 around the world is something that has attracted us to it,” he said.

“If we’ve got individuals who want to race at any of those venues we can go and do it with this program.

“It’s a big appeal to us as a business. We still have a race team in the UK. We’re not just Melbourne.”

Walkinshaw will compete in the remainder of the Australian GT season, with John Martin to be joined by Duvaschen Padayachee for the Endurance Championship events.

The team is yet to confirm Martin’s co-driver for the Perth sprint round, with a final decision on its line-up to be made early this week. 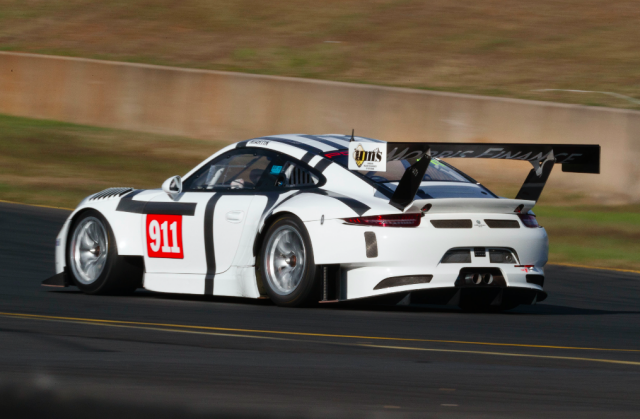